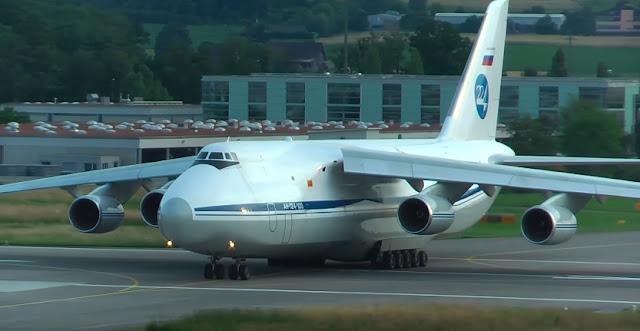 MOSCOW, July 30. /TASS/. Russia may resume the production of super-heavy Antonov An-124 cargo planes. They will be digitalized and will carry new PD-35 engines, Russian Deputy Prime Minister Yuri Borisov said on Monday.

"The resumption of the production of An-124 planes will be linked with the possibilities of PD-35 engines that are made in the United Engine-Building Corporation. But there will be nothing new. We will simply digitalize the An-124 with new engines," Borisov said.

The An-124 can be operated until 2050, if the aircraft’s cabin is modernized, the onboard radio-electronic equipment is replaced and the problem with the D-18 engine is solved, the vice-premier said.

The An-124 was 80% produced in Russia while its engines were manufactured in Ukraine. In view of this, it was necessary to solve the problem of the import substitution of the plane’s engines, the vice-premier said.

The An-124 Ruslan is a Soviet and later a Ukrainian heavy long-range turbojet transport plane with a maximum lifting capacity of 120 tonnes. It develops a maximum speed of 865 km/h and has a flight range of 4,800 km at full load. According to open sources, the Russian Aerospace Force currently operates nine An-124 planes and 10 more Ruslan aircraft are used in Russia’s Volga-Dnepr airline.

In September 2015, Ukraine’s Antonov State Company withdrew from the United Aircraft Corporation - Antonov Russian-Ukrainian joint venture, which created serious difficulties for the Volga-Dnepr airline with the extension of the cargo plane’s service life and its maintenance.

As was reported earlier, the Ulyanovsk-based Aviastar-SP enterprise has launched preliminary work related to restarting the production of An-124 Ruslan planes in Russia. 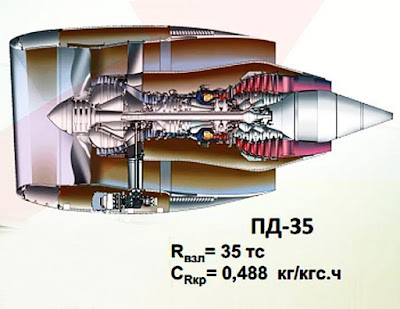 The development of the PD-35 is expected to be completed by 2025, says UEC. Its technology demonstrator prototype will be assembled and tested in 2023. It should reach 35 tons thrust at takeoff mode during bench tests.

UEC specifies that the PD-35 program will require the development of several key technologies, such as composite fan blades and large-size engine nacelles, a new efficient high-pressure compressor and a low-emission combustion chamber. The Russian manufacturer insists that PD-35 parameters meet CR929 requirements.

The CR929 clearly looks like a major goal for the PD-35, as Russia currently has no domestic platforms for such a powerplant. But UEC says this engine can also be installed on future heavy transport aircraft. One of the development goals calls for the use of PD-35 technologies for development of future engines with 25- to 50-tons-thrust range. Source: aviationweek.com