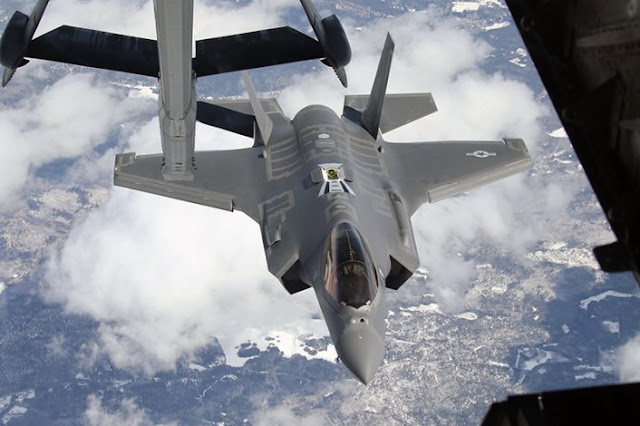 The lot 11 order will be the largest so far for the F-35 program, purchasing 141 jets for U.S. and international customers.

"The JPO and Lockheed Martin have made progress and are in the final stages of negotiation on the Lot 11 production contract,” said Ellen Lord, the Pentagon’s undersecretary for acquisition and sustainment, in a statement.

“We have a handshake agreement which symbolizes the Department of Defense’s commitment to not only equip our warfighters with the world’s greatest fifth generation aircraft, but it also represents great value to the U.S. taxpayers, our allies and international partners. With each production lot, the F-35 unit recurring flyaway costs continue to come down across the board.”

Neither the Defense Department nor Lockheed disclosed either the total contract value nor the unit costs of the latest order, but a Lockheed spokesperson said the company remains on track to decrease the unit cost of an F-35A conventional takeoff and landing model — the most widely used variant — to $80 million by 2020.

In a statement, the Lockheed spokesperson stated that the total contract value and price per copy would be released once the contract was finalized, but the “unit price for all three F-35 variants went down significantly in the latest negotiation, demonstrating the program's continued progress, maturity and cost reduction.”

Lockheed and the Pentagon took longer to reach a final contract agreement than either party would have liked, as the department’s F-35 Joint Program Office had hoped to finalize an LRIP 11 contract last year. However, the deal could represent a sea change for the relationship, which soured considerably during the LRIP 9 and 10 negotiations.

After months of LRIP 9 negotiations went nowhere, the JPO in 2016 forced Lockheed Martin to abide by a unilateral contract action, which allowed the Pentagon to set the price of an aircraft and Lockheed’s fee without input from the company.

Then, F-35 costs came under fire from President Donald Trump, who publicly lambasted the program and positioned Boeing’s Super Hornet as an alternative. The pressure helped the Pentagon and Lockheed make a deal on LRIP 10 in February 2017, with unit costs reduced by about 7.5 percent when compared with the ninth batch of jets.

The announcement of the today’s deal follows a $2 billion contract award made to Pratt & Whitney in May for the eleventh batch of F-35 engines. Pratt manufactures the F135 engine used in every version of the jet.

Going forward, Lockheed and the Pentagon will negotiate lots 12, 13 and 14 together as part of a block buy that will initially encompass international orders but could also accommodate the U.S. services as early as lot 13.

The Lockheed spokesman stated that the LRIP 11 deal “along with the technical stability of the aircraft, puts us on a great path to negotiate Lots 12, 13 and 14 as a Block Buy, which will generate additional savings for our customers.”