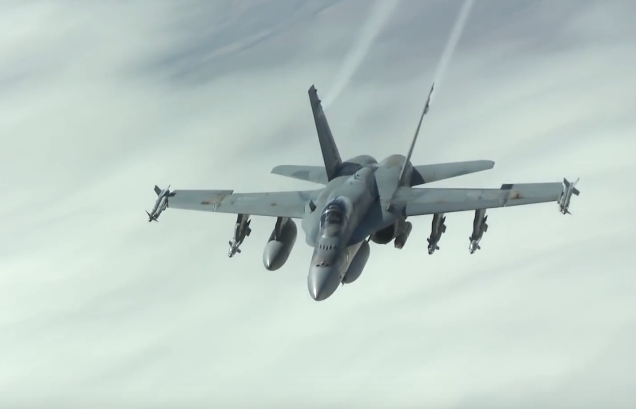 In February, Ottawa requested seven examples for use in non-flying activities such as software testing, static training, and spares, says Australia’s Department of Defence.

The deal is subject to US export controls. If approved, it will bring to 25 the number of former RAAF Hornets sold to Ottawa. Should export approvals be received, negotiations would determine delivery timings.

In December 2017, Canberra confirmed that it will sell Ottawa 18 F/A-18 A/B Hornets for an undisclosed sum.

The first two “classic” Hornets will be delivered to Canada in 2019, at which point the Royal Australian Air Force’s transition to the Lockheed Martin F-35 will be well underway.

In February 2018, Ottawa announced that five bidders – Boeing, Dassault, Eurofighter, Lockheed Martin, and Saab – are eligible to replace the CF-18s.

Canada’s previous Harper government had selected the F-35 to replace the CF-18 fleet in 2009, but in 2015 the incoming Trudeau government cancelled this. Initially, the RCAF announced plans to buy 24 F/A-18E/Fs as an interim solution, then select a permanent CF-18 replacement in the early 2020s.

The Boeing deal fell through, however, amid Boeing’s (ultimately unsuccessful) trade complaint with the US Commerce Department against Canadian aircraft manufacturer Bombardier over allegedly unfair pricing on a sale of CSeries aircraft to Delta Air Lines. The Canadian government reacted strongly against Boeing, cancelling the interim fighter deal.