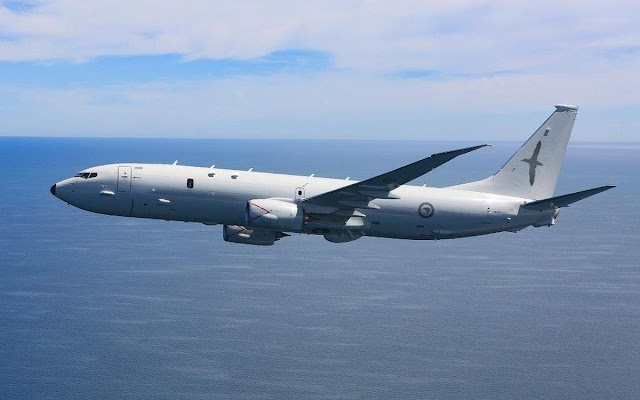 
NZ to buy Boeing P-8 aircraft in $1.6-B deal to boost monitoring of Pacific

New Zealand, which is responsible for patrols and rescue missions in a vast Pacific Ocean zone, bigger than Europe, plans to step up its engagement there, in part to counter the rise of new powers such as China.

"This decision strengthens the coalition government's Pacific reset by providing a maritime patrol capability with the significant range and endurance needed to assist our partners in the region," Mark said in a statement.

In an email, Boeing said, "We are honored that New Zealand has selected the P-8 as its new maritime patrol aircraft," adding that it would work with the country to help meet its defense and security needs.

Mark signaled the door could be open for more purchases of maritime surveillance technology in a review of capacity due by the end of the year.