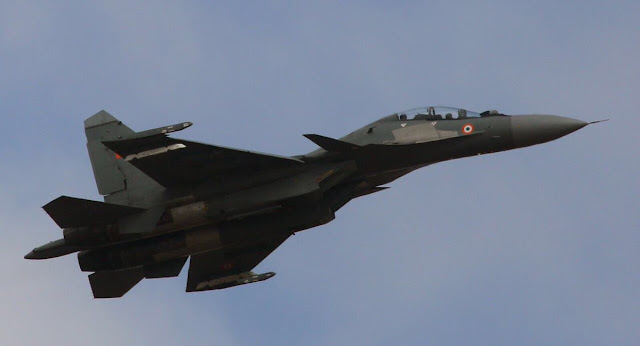 State-owned general insurer New India Assurance will have to fork out around Rs 2.5 billion in insurance claims to Hindustan Aeronautics Ltd (HAL), following the crash of its Sukhoi Su-30 fighter jet near Nashik last week.

This will be the largest claim in the aviation sector for Indian insurers in the last three years, said sources.

The Su-30 aircraft was on a pre-delivery test flight when it crashed last Wednesday. There were no casualties. HAL had insured the aircraft with New India Assurance for around Rs 2.5 billion. The policy covers manufacturer liability arising from accidents or incidents before it is handed over to the air force.

HAL has manufactured over 4,000 aircraft for the defence forces since its inception in 1940. It manufactures Sukhoi Su-30 under a licence agreement with the Russian firm.

A HAL spokesperson did not respond to an email query.

New India Assurance Chairman G Srinivasan said: “We have been informed of the Sukhoi crash and the Rs 2.5 billion claim. The survey is going on.” Over 90 per cent of the company's aviation insurance business has been reinsured with domestic and foreign reinsurers, he added.

The Sukhoi loss last week will result in the largest aviation payout since Chennai floods of December 2015. Eight jets owned by corporate houses were damaged during the floods, resulting in claims of around Rs 5 billion. The actual payout is unknown but believed to have been around Rs 4 billion, making 2015 one of the worst years for aviation insurance in India.

Last week, a KingAir C-90 aircraft crashed in Mumbai. This is expected to result in a claim of Rs 70 million.
Global reinsurance rates have seen some hardening since last winter as hurricanes in the United States have resulted in multi-billion dollar loss claims, thereby wiping out profits.

However, the aviation insurance market in India is not expected to be affected much by the Su-30 crash. “The HAL insurance cover has been reinsured with domestic and foreign companies. We do not expect the incident to result in an immediate increase in premiums,” said Nikhil Kulabkar, lead of aviation practice at JLT Independent Insurance, a broking firm.

There have been a few large claims from airlines in the last three years, including Air India Express, Jet Airways and SpiceJet, for damage to their aircraft in air safety incidents.

Air India Express claimed around $20 million after an aircraft veered off the runway, with its wheels stuck in a drain at Kochi airport last September. The aircraft's engine, nose wheel and fuselage were damaged. It was back in service from January after an overhaul.

Jet Airways said it received Rs 400 million in claims towards damage of its aircraft in the previous financial year, while SpiceJet had a large claim when its plane veered off the runway in Mumbai last September.