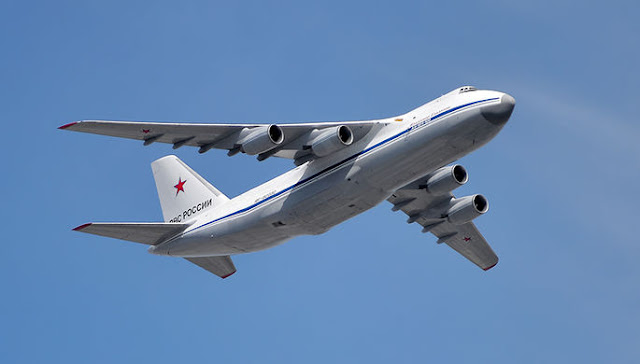 
The military transport aviation division of the Russian Aerospace Forces plans to receive three new Il-76MD-90A strategic airlifters and one An-124 Ruslan heavy transport aircraft, which will be delivered after being upgraded, this year, Mikhail Kozlov, the division's chief engineer, said on Wednesday. This reported by Sputnik.

"This year we should receive three Il-76MD-90A aircraft and one modernized An-124 Ruslan aircraft," Kozlov said.

Earlier in the day, the leadership of the aviation engineering service of the military transport aviation division discussed at a meeting at Aviastar-SP aircraft factory in the Russian city of Ulyanovsk the handover process of the four aircraft.

During the meeting, the representatives of the military transport aviation division have also looked at the manufacturing process of the transport aircraft and examined the technical capacity of the aircraft factory.

The An-124, designed by the Antonov State Company (formerly Antonov Design Bureau), is the world's second heaviest cargo plane, surpassed only by a one-off An-225 Mriya jet, currently in service in Ukraine. An-124 has not been mass-produced since 2004.

Production of the An-124 plane has been previously suspended amid the ongoing tensions between Russia and Ukraine. The jet was earlier manufactured by Aviastar-SP and Ukraine's Antonov State Company aircraft manufacturing and services enterprise.