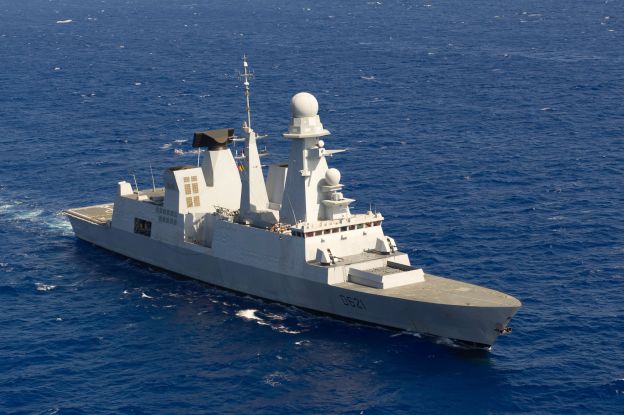 The quasi-permanence of a frigate in this zone for several years allows France to maintain a capacity of national appreciation of precious situation. The eastern Mediterranean is at the heart of geopolitical tensions linked to migratory flows, political and economic issues and the crisis that is shaking the Levant.

The three-dimensional detection capabilities of the Chevalier Paul frigate allow him to collect tactical information essential for monitoring and understanding the theater of Operation Chammal. Its Caiman- type helicopter , also equipped with high-performance sensors, reinforces its ability to fulfill its air-sea and intelligence control missions.

In connection with other means of French armies in the area, this type of deployment is part of the mission “knowledge and anticipation” entrusted to the armed forces and to which the Navy contributes directly by providing an autonomous means of situation assessment in the Eastern Mediterranean.

Launched since 19 September 2014, the Chammal operation represents the French participation in the OIR (Operation Inherent Resolve) and today mobilizes nearly 1,100 soldiers. At the request of the Iraqi government and in coordination with France’s allies present in the region, the Chammal operation is based on two complementary pillars: a “training” pillar for Iraqi national security units and a “support” pillar. to support the action of local forces engaged on the ground against Daesh and to strike the military capabilities of the terrorist group.