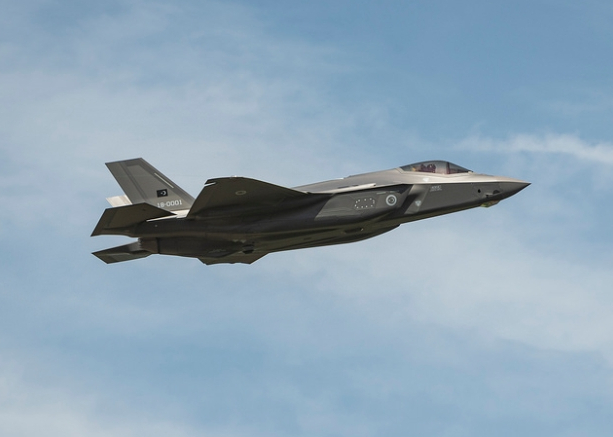 
The United States House Committee on Armed Services of the US Congress approved in principle on Thursday a draft bill on the US budget for 2019 national defense which includes a provision that would halt any sale of military equipment to Turkey until the Secretary of Defense submits a report on the US-Turkish relationship to the congressional defense committees.

The draft was approved with votes 60-1 and will be followed by a debate on various amendments, while a similar procedure will take place in the Senate.

If this provision comes into force after the end of the debate, the restrictions imposed on Turkey's military supplies will be wide-ranging, including, but not limited to, the sales of F-35 Lightning II JSF and F-16 Fighting Falcon, CH- 47 Chinook helicopters, H-60 Blackhawk, and Patriot missiles.

The effort to freeze the delivery of the F-35 fighter aircraft to Ankara has formed part of an important campaign conducted by the Hellenic American Leadership Council (HALC) in Washington.

As explained by HALC’s executive director, Endy Zemenides, the fact that this provision was included in the draft law is another important step towards fulfilling the goal of the HALC campaign.

The draft bill is due to be presented next week in the plenary session of the House, while the budget for national defense is expected to be adopted within the next month, though it may even be approved in May.

Related articles:
Turkey not without alternatives for F-35 jets - defence official
Turkish F-35 made its first flight
Turkey to receive first F-35 fighter from US next month
Turkey’s defense giant says Ankara will not be affected if US halts F-35 jet sale
Turkey angered, may leave NATO over US blackmail
Turkey says will retaliate if U.S. halts weapons sales
Senate bill would block sale of F-35 jets to Turkey