USMC gets its first CH-53K King Stallion from Sikorsky 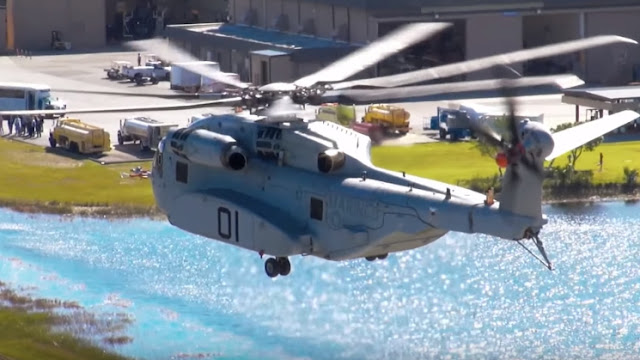 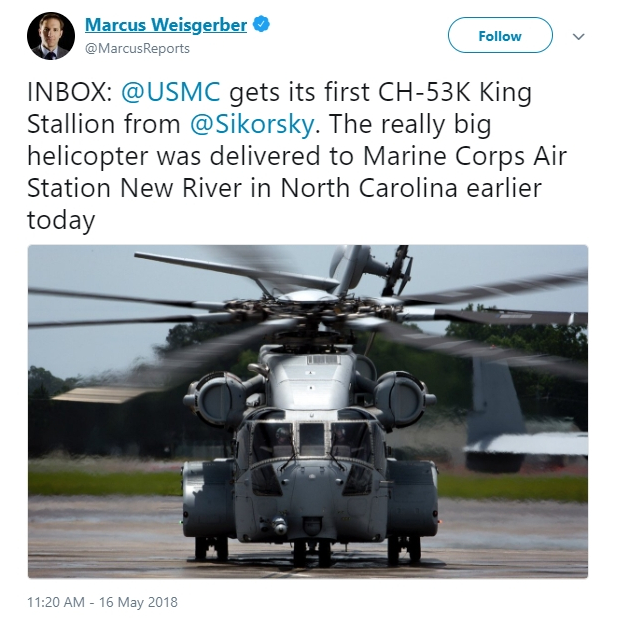 Sikorsky delivered its first of an expected 200 CH-53K heavy-lift helicopters to the US Marine Corps on 16 May, with the King Stallion due to achieve initial operational capability next year.

To be stationed at MCAS New River, North Carolina, the lead example of the three-engined rotorcraft will be used during a supportability test activity. "US Marines will conduct a logistics assessment on the maintenance, sustainment and overall logistics support of the King Stallion," according to Sikorsky.

The Lockheed Martin-owned company says there are "18 additional aircraft in various stages of production already", with its second CH-53K due to be delivered in early 2019. It adds that it is preparing to commence production at its Stratford site in Connecticut "this summer".

The King Stallion fleet will replace the USMC's CH-53Es, which have been in service since 1981. Flight Fleets Analyzer shows 142 examples as remaining in operational use. Source: flightglobal.com