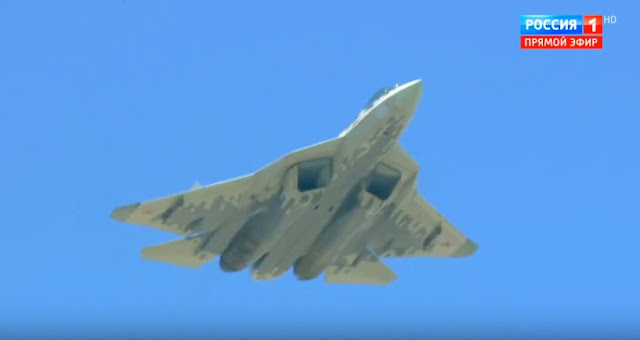 
Russia's "fifth-generation," "combat-tested," "stealth" fighter jet has a lot of dubious claims made about it, but recent close-up photography of the plane from Russia's Victory Day parade on May 9 reveals it's just not a stealth jet.

Russia has tried to sell the plane as a stealth jet to India, but India backed out. Considering a shrinking economy and defense spending, it's unclear now if Russia will ever produce the Su-57 in reasonable quantities.

Business Insider asked a senior scientist working on stealth aircraft how to evaluate the plane's stealth, and the results were not good.......Continue reading: HERE

Related articles:
No, The Su-57 Isn't 'Junk:' Six Features We like On Russia's New Fighter