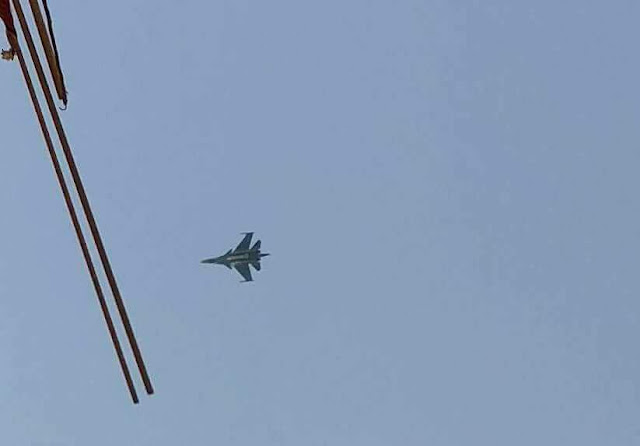 BEIRUT, LEBANON (10:45 P.M.) – For the first time in several months, a Russian fighter jet crossed over from Syria into Lebanese airspace.

Based on the images from locals, the Russian aircraft was a Su-34 fighter jet; it was spotted over the coastal city of Tripoli in northern Lebanon.

The purpose of this overflight is still unknown; however, it was most likely conducting a reconnaissance mission, which means some high ranking official could be visiting.

It is actually carrying a PTB-2000 external fuel tank which Observers also noted could mean that the warplane was actually conducting a maritime patrol off the shores of Syria and Lebanon.