MiG-35 to protect infantry and armor from enemy aircraft 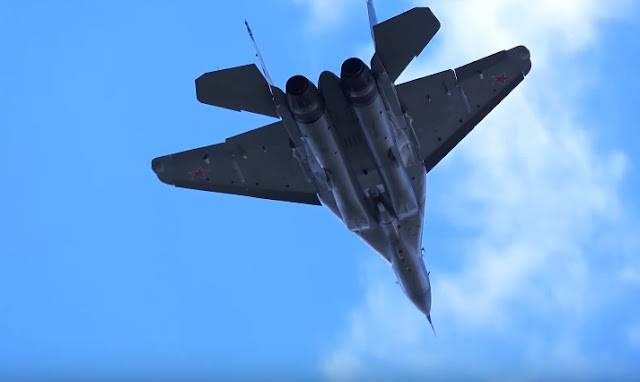 
A Winged Frontiersman: MiG-35 to Cover Russian Forces from Air

"It's lightweight, modern, deadly and darn maneuverable," Russian media wrote about the new MiG-35 jet. If tests go smoothly, the first machines will enter service in 2019. While the plane is a deep modernization of the MiG-29 which first took flight some 35 years ago, it is an entirely different machine when graded on battle capabilities.

The main purpose of the new fighter is local air superiority on a relatively small part of a frontline, as remote raids are for Su-27 and Su-35s. The MiG-35 acts closely to ground actions, protecting infantry and armor against enemy aircraft, covering rear objects and disrupting enemy's air reconnaissance. These fighters are intended to be based close to the frontlines, where air bases are typically prepared with only the basest of necessities. With this in mind, the MiG-35 has inherited the MiG-29's qualities of reliability and ease of maintenance........Continue reading: HERE

"A primary build for the new airframe is the MiG-35S, a one-seat fighter. A two-seat version will be called the MiG-35D, and will be used as training planes."This light fighter is very economical," stated Viktor Bondarev, commander of Russia's Aerospace Forces. "It is fit for training pilots both in the academia and the military itself, and for familiarizing with all kinds of piloting techniques, maneuvers, all armaments.""