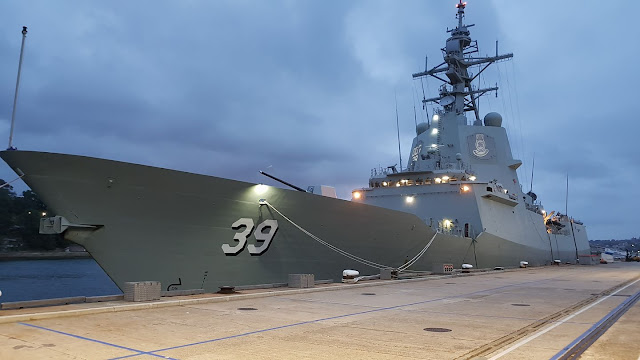 
The intellectual property for the Hobart Class family of warships has transferred to Navantia Australia, which ensures Australia now has sovereign control over our Air Warfare Destroyer (AWD) capability.

Minister Pyne welcomed the transfer, which coincided with the successful launch and formal naming of the third and final AWD, Sydney.

“This is in no small way due to the highly skilled workers from ASC, Raytheon Australia, Navantia Australia and Defence.”

“More than 5,000 people have worked directly on the AWD Program along with 1,500 suppliers to build and integrate three of the most capable and potent warships the Royal Australian Navy has ever possessed.”

“The AWD Alliance is on track to deliver the second ship Brisbane to the Commonwealth in coming months, followed by the delivery of Sydney next year.”