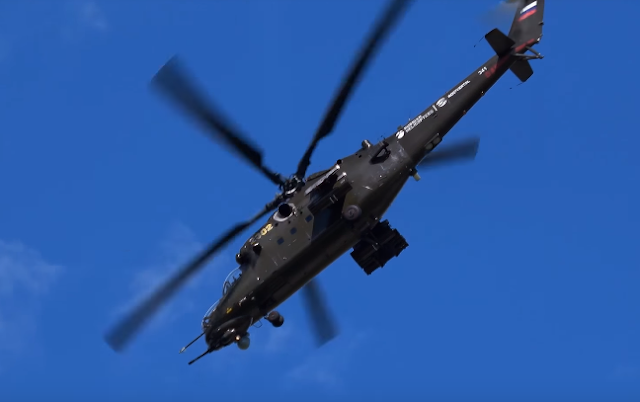 
Russia and Kazakhstan have signed a contract for supply of four Mi-35 transport and combat helicopters, the Federal Service for Military-Technical Cooperation of Russia told RIA Novosti May 29.

"A new contract for supply of four Mi-35 helicopters to Kazakhstan has been signed," the FSMTC stated.

Earlier in late 2017, the Ministry of Defense of Kazakhstan told reporters about the plans to purchase from Russia two Su-30SM fighters and four Mi-35M helicopters. Subsequently, a contract for the Su-30SM fighters was signed on the sidelines of the KADEX 2018 arms exhibition.