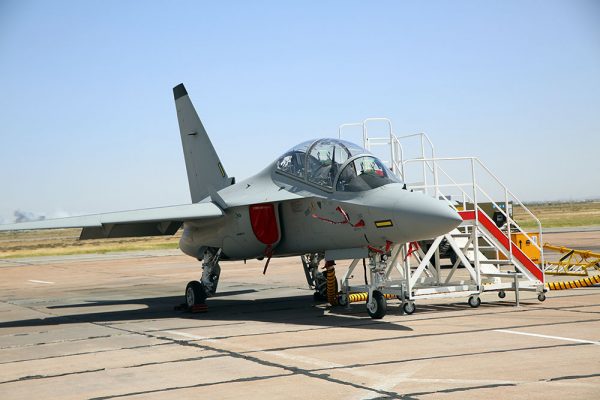 The president of the former Soviet republic, Gurbanguly Berdimuhamedow, was shown by state broadcaster Watan Habarlary sitting in the cockpit of an M-346, as well as inspecting the interior and watching a flight display of a C-27J during an apparent demonstration of the Italian-built products during a wider military parade.

Alenia’s parent company, Leonardo, did not immediately respond to a request for comment, but the Turkmenistan Air Force does already have a history of procuring Italian products. While its inventory is still mainly comprised of Soviet-era types, Italian types in service include the Selex Falco unmanned aerial vehicle and Agusta AW109 Power helicopter.

As noted by Jane’s World Air Forces , Turkmenistan has neither the financial means nor the relevant technical expertise and personnel to develop robust air force and air defence forces. Given the economic weakness, problems with recruiting qualified personnel, and recurring waves of politically motivated purges inside the service, the condition and quality of the air force is poor and seems set to remain so for the foreseeable future.

As such, the procurement of Western platforms such as the M-346 and/or the C-27J (an Airbus DS C295 maritime patrol aircraft of the Portuguese Air Force was also shown on the ground in the video) would represent a major investment for an air force that, until now, has effectively been starved of resources.