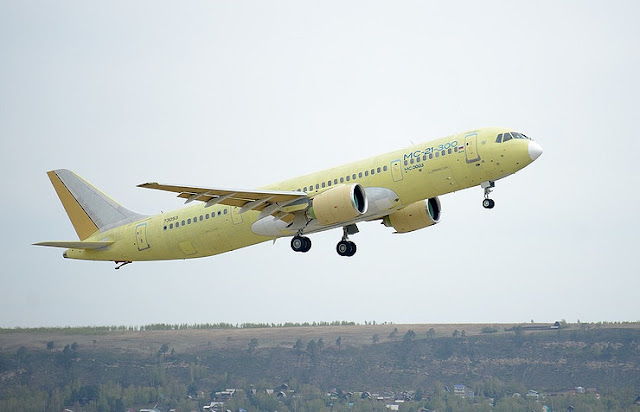 
The plane flew from the airfield of the Irkutsk Aviation Plant

MOSCOW, May 12. /TASS/. The second MS-21 plane has performed its first flight, the Russian Ministry of Industry and Trade reported on Saturday.

The plane flew from the airfield of the Irkutsk Aviation Plant, the ministry said. It noted that the flight program included testing the aircraft for stability and controllability and checking the efficiency of the on-board equipment. The flight lasted 1 hour and 7 minutes, the plane flew at an altitude of up to 3,000 meters at a speed of up to 400 kilometers per hour.

According to Manturov, work is in progress at the Irkutsk Aviation plant to build three more experimental planes. "Along with flight and static testing, preparations are underway for a serial production of a new airliner," he said.

The first MS-21-300 aircraft is carrying out a flight testing program at the airfield of the Gromov Flight Research Institute. 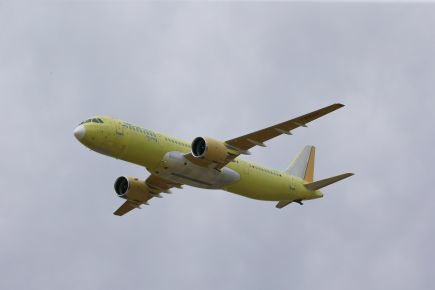 Related articles:
Second MC-21 aircraft rolled out today
MC-21 to be powered by Russian PD-14 Engines from 2019
S7 Technics to provide МС-21 maintenance
JSC "Aviastar-SP" to send parts for assembling the fifth experimental medium-haul aircraft MS-21 to Irkutsk
Russia’s MC-21 passenger jet to get worldwide presentation in 2018
Russia’s A320 And B737 Alternative Attracts Orders
Irkut Corporation and Angara Airlines signed an agreement on the acquisition of three MC-21 aircraft