Turkey to receive first F-35 fighter from US next month 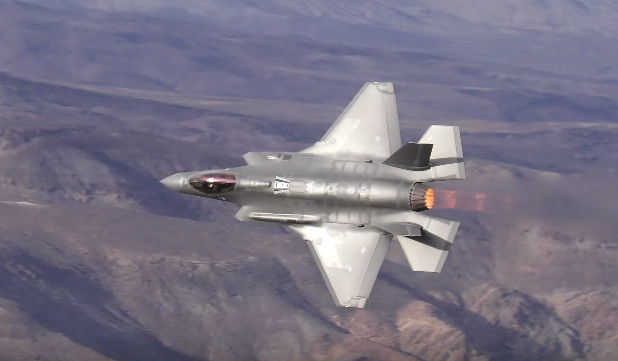 
The United States will deliver the first F-35 joint strike fighter to Turkey on June 21 as part of a longstanding partnership between the two allies, despite attempts by the U.S. Congress to block the procurement of such weaponry to the Turkish government.

According to defense industry authorities, the delivery of the first of the 30 F-35 fighters will be made on June 21 in a ceremony that will be held in the U.S.

The Turkish Armed Forces (TSK), which are a part of the U.S. Department of Defense’s JSF program, along with a number of prominent NATO allies including the United Kingdom, Italy and the Netherlands, have been planning to upgrade their air force fleets with 100 F-35 aircrafts to be jointly produced under this program. The first package, however, is about the delivery of 30 F-35 fighters.

Pilots from the TSK will receive intense training at the headquarters of the main producer of the F-35, Lockheed Martin, before the fighters will be transported to Turkey later this year, sources have said. Sources have also informed that arrangements are underway on military bases in Turkey where the F-35s will be deployed.

Turkey’s current air defense is based on strong F-16 fleets. The TSK is planning to change some of these fleets with the incoming F-35s.

The delivery of the first F-35 fighter will take place at a time when a number of U.S. congressmen have been urging the U.S. administration to suspend the procurement of these fighters to Turkey because of the latter’s decision to upgrade its air defense systems with Russian S-400 anti-ballistic missile systems.

Turkey has strongly criticized the U.S. Congress’ move and vowed to retaliate. “If they take such a step at a moment when we are trying to mend our bilateral ties, they will definitely get a response from Turkey. There is no longer the old Turkey,” Foreign Minister Mevlüt Çavuşoğlu told private broadcaster CNN Türk in an interview on May 6.

Related articles:
Turkey’s defense giant says Ankara will not be affected if US halts F-35 jet sale
Turkey angered, may leave NATO over US blackmail
Turkey says will retaliate if U.S. halts weapons sales
Senate bill would block sale of F-35 jets to Turkey
US lawmaker seeks to block sale of F-35 jets to Turkey
Fears raised of US conditioning F-35s sale on Turkey cancelling S-400 deal with Russia