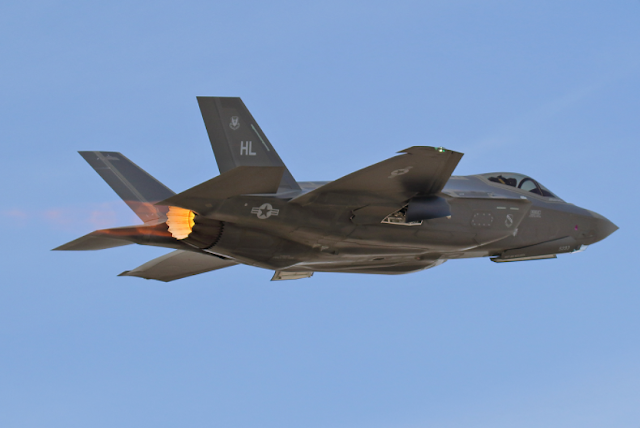 Lockheed Martin Corp. 's LMT Aeronautics business segment has secured a modification contract to upgrade F-35 Lightning II aircraft. Work related to the deal is scheduled to be over by June 2021.

Valued at $20 million, the contract was awarded by the Naval Air Systems Command, Patuxent River, Maryland. Per the deal, the company will deliver additional radar upgrades for the Block 3F software integrated in the F-35 jets.

Notably, the project includes 58% of the work for the U.S. Air Force and 42% for Marine Corps. Fiscal 2016 aircraft procurement (Air Force and Marine Corps) will be utilized to complete the task at Fort Worth, TX.

Lockheed Martin's F-35 Lightning II is a single-seat, single-engine 5th Generation fighter aircraft, which comes with an advanced stealth feature combined with enhanced fighter speed and agility, fully-fused sensor information, network-enabled operations and advanced sustainment. Currently, three variants of F-35 are set to replace five fighter jets for the U.S. Air Force, Navy and Marine Corps as well as a variety of fighter jets for at least 10 other countries.

However, critics have condemned this program as the costliest military program for the U.S. government. It was only after President Trump's intervention, in February 2017, that Lockheed Martin ultimately announced its decision to cut down F-35's cost significantly.

Now, the company's current cost-saving initiative to lower sustainment costs for F-35 project is expected to result in cost savings of $1 billion over a five-year period. In sync with this, per a recent report by Lockheed Martin, it targets to reduce the cost of an F-35A to $80 million by 2020, with production enhancements.

Also, additional improvements implemented in these planes like the software upgrades, which were a part of this latest contract, will allow the company to further reduce the cost of this program. Moreover, with the U.S. government's current inventory objective of 2,456 F-35 aircraft coupled with its reduced price we may expect to witness a continued ramp up in the production of these jets, in coming days. No doubt, Lockheed Martin enjoys a solid growth prospect for F-35 program, which in turn, will surely boost its profit margin.

Underpinning the F-35’s unrivaled capabilities is more than 8 million lines of software code – more than four times the amount of the world’s first 5th generation fighter, the F-22 Raptor. From flight controls to fusing together the F-35’s sensor data to form a clear and comprehensive picture of the battlespace, software is essential.

From the program’s outset, the software team has focused on developing six key software releases known as Blocks: