The Big Bang in Indian Defense Is Delayed 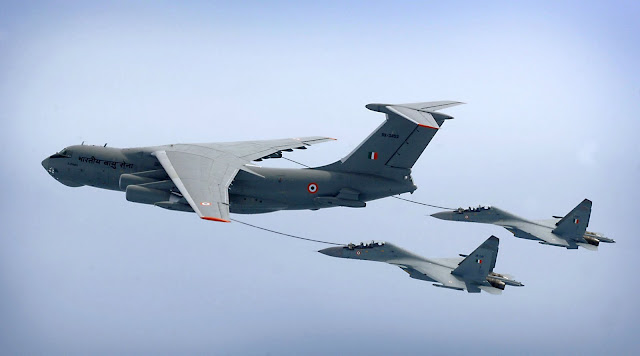 Foreign companies have reasons to be leery of this $250 billion modernization plan.

By  Anjani Trivedi at atrivedi39@bloomberg.net 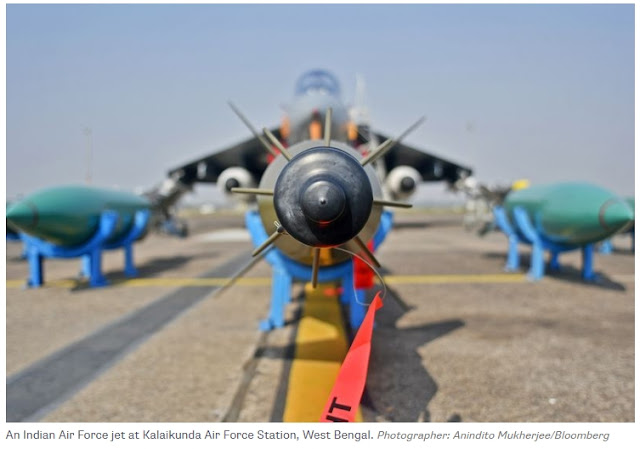 India has millions of military personnel, billions of dollars in arms spending and grave threats on its borders, yet the nation doesn’t make its own fighter jets and anti-tank missiles. Is that a massive opportunity for investors? Not so fast.

India has been striving toward defense self-sufficiency since the 1960s. The country has one of the world’s largest military budgets and also is the top arms importer, buying about 70 percent of its needs abroad. Last year, defense spending rose 5.5 percent to almost $64 billion, data last week showed. Bernstein estimates this could represent a $35 billion opportunity for the private sector.

Prime Minister Narendra Modi deserves credit for a $250 billion military modernization plan. The so-called Make in India program prioritizes defense manufacturing on Indian soil, luring both global heavyweights and domestic firms to bid on (among other things) the biggest-ever order for fighter planes.

A lot stands in the way of these grand plans, however: Much of the ballooning defense budget goes on salaries, chiefly for the army, at the expense of the navy and air force. Capital procurement – essentially, modernization – now accounts for less than 20 percent of total outlays. Meanwhile, red tape discourages Indian companies from investing or staying the course.

Since Modi took office almost four years ago, the government has increasingly leaned on foreign vendors. To lure more of them, the Defense Ministry earlier this month circulated draft rules to recraft its policy on so-called “offsets” – pay-to-play arrangements that help Western defense companies tap international markets, which haven’t worked well in India. The latest draft presents vaguely defined offsets, which are controversial and not always successful. In Australia and Japan, for example, the system nurtured inefficiencies in the domestic industry.

Indian and foreign companies obviously hope they’ll get a chunk of the business as the policy takes shape. There are billions of dollars of potential contracts for aircraft carriers, destroyers and combat planes. As much as 85 percent of the nation’s submarines, and up to 40 percent of its armored vehicles, are nearing the end of their operational life.

A lot of the hope, however, may be just that.

For one thing, incentives aren’t aligned. Attracting the private sector is key, as India knows. But without efficiency and focused investments, defense companies face compressed margins. It can take at least three years to bid for an order of defense equipment, and simple tenders don't get enough legitimate bidders.

Meanwhile, changes at the top of the defense ministry have led to some policies that helped private companies being rethought. For instance, Lockheed Martin Corp. set up a strategic partnership with Tata Advanced Systems Ltd. to build fighter jets, but the degree of progress isn’t clear, and there’s political pressure to reconsider the need for such cooperation.

Unless India can address these shortcomings with policies aimed specifically at attracting private-sector investors, its dreams of a defense overhaul face a disappointing reality.

This column does not necessarily reflect the opinion of the editorial board or Bloomberg LP and its owners.

Related articles:
India largest purchaser of Israel arms in 2017
Lack of funds forcing Army to cut short its weapon purchase?
India spends a fortune on defence and gets poor value for money
Posted by Nawapon at 13:16