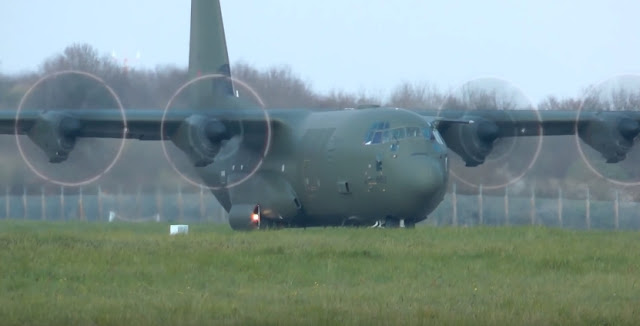 The sale of two UK-surplus Lockheed Martin C-130J Hercules transport aircraft to Bangladesh has been confirmed by a support contract announced by Marshall Aerospace and Defence Group on 10 May.

While a government-to-government agreement on the sale of two of the Royal Air Force’s 10 short-bodied C-130Js to Bangladesh had previously been disclosed, the awarding of a multi-year support contract to Marshalls confirms that the deal has now been signed.

“The acquisition of C-130J aircraft from the Royal Air Force provides a key enhancement to our current airlift capability,” a Bangladeshi Air Force representative was quoted as saying during the signing ceremony that was held on the same day as the announcement at the service’s headquarters in Dhaka.

As well as performing in-country support of the aircraft, Marshalls will also be modifying the aircraft, including designing, developing, and installing a medical evacuation (MEDEVAC) capability, to enable the Bangladeshi Air Force to carry out tasks within the country and overseas in support of UN missions.

The acquisition of the C-130Js will enable the Bangladeshi Air Force to retire the four C-130Bs that it has fielded since 2001 (these were acquired secondhand from the United States), at the same time as augmenting its three Antonov An-32 ‘Cline’ and three L-410UVP-200 transport aircraft that date from 1989 and 2015 respectively.