Turkey not without alternatives for F-35 jets - defence official 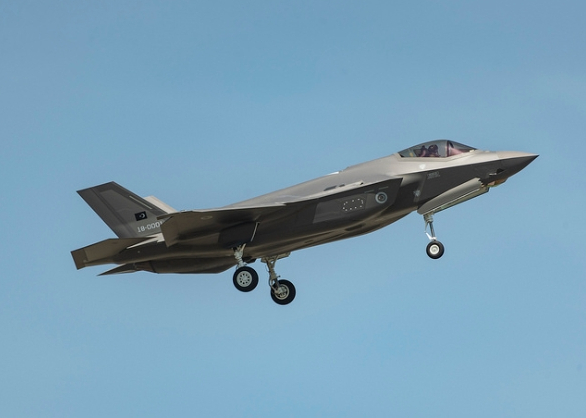 
Turkey’s chief defence procurement official has said that while he doesn’t foresee a problem with the delivery of  F-35 fighter jets, slated to arrive from the United States as of June, Turkey has alternatives to the Lockheed Martin produced aircraft, kokpit aviation site reported.

A bill was proposed to the U.S. Congress on May 8, calling for a report on U.S.-Turkish relations and demanding the suspension of U.S. weapons sales - including the fighter jets - to Turkey until the report’s publication. The bill referred to “strained relations” between the pair of NATO allies, blaming Turkey for “provocative actions” and its deal to purchase S-400 missile defence systems from Russia.

İsmail Demir spoke to CNN Türk television, underlining that despite tension in the United States around Turkey’s purchase of F-35 jets, an agreement was made with years ago which both sides need to abide by, the site said.

‘’If the United States makes a political decision despite the agreement, and there is a problem regarding their delivery, than this will lead to an impasse,’’ Demir said. ‘’And this situation will lead to an incredible shaking of confidence with regard to other countries.''

The Turkish Armed Forces (TSK) are expected to take delivery of the first batch of 30 Lockheed Martin F-35 single-engine fighters at a ceremony in the United States on Jun. 21.

Related articles:
Turkish F-35 made its first flight
Turkey to receive first F-35 fighter from US next month
Turkey’s defense giant says Ankara will not be affected if US halts F-35 jet sale
Turkey angered, may leave NATO over US blackmail
Turkey says will retaliate if U.S. halts weapons sales
Senate bill would block sale of F-35 jets to Turkey