Replacing the UK's Nuclear Deterrent: Progress of the Dreadnought Class 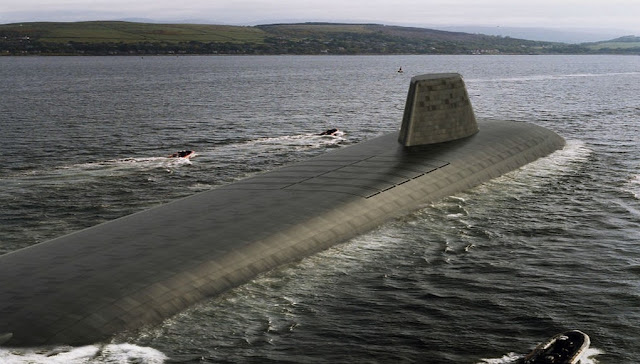 
In a vote in July 2016 the House of Commons approved the decision to maintain the UK’s nuclear deterrent beyond the early 2030s. After almost a decade of work on the project (the Successor programme), that vote subsequently enabled the programme to move forward into its manufacturing phase, which will see the construction of four new Dreadnought class ballistic missile submarines over the next 15-20 years.

In a vote in July 2016 the House of Commons approved the decision to maintain the UK’s nuclear deterrent beyond the early 2030s. After almost a decade of work on the project (the Successor programme), that vote subsequently enabled the programme to move forward into its manufacturing phase, which will see the construction of four new Dreadnought class ballistic missile submarines over the next 15-20 years.

What is the Dreadnought programme?

Although commonly referred to as “the renewal or replacement of Trident”, the Dreadnought programme is about the design, development and manufacture of four new Dreadnought class ballistic missile submarines (SSBN) that will maintain the UK’s nuclear posture of Continuous at Sea Deterrence (CASD).

A Common Missile Compartment (CMC) for the SSBN, which will house the current Trident strategic weapons system, is being developed in conjunction with the United States.

Under changes introduced in the 2015 Strategic Defence and Security Review (SDSR), the first submarine is now expected to enter service in the early 2030s and will have a service life of at least 30 years.

Delivery of the Programme

Recognising that the Dreadnought programme is one of the largest Government investment programmes going forward, the 2015 SDSR made a number of changes to the structure of the project, specifically with reference to governance and oversight of delivery.

New organisational and managerial arrangements for the UK’s defence nuclear enterprise as a whole, and for delivering the Dreadnought programme specifically, were outlined in SDSR15. A new team within the MOD (Director General Nuclear), headed by a commercial specialist, has subsequently been established to oversee all aspects of the nuclear enterprise.

A new Submarine Delivery Agency has also been established, which became an Executive Agency of the MOD on 23 April 2018. That agency will manage the procurement and in-service support of all current and future nuclear submarines, including Dreadnought. It will sit alongside the MOD’s Defence Equipment and Support (DE&S).

In tandem, the MOD and its two key industrial partners on the dreadnought programme: BAE Systems and Rolls Royce, have recently formed a new commercial alliance in order to jointly deliver the programme.

Where is the programme at?

In September 2016 the programme moved forward from its assessment phase, into “risk reduction and demonstration” or what has been termed Delivery Phase 1. Construction of the first submarine formally began on 5 October 2016 with the cutting of the steel for the first submarine.

BAE Systems, Rolls Royce and Babcock International are the Tier One industrial partners in this project. Although the MOD has contracted directly with BAE Systems and Rolls Royce for production, hundreds of suppliers across the UK are working on the Dreadnought programme. As the programme moves forward BAE Systems has estimated that 85% of its supply chain will be based in the UK, potentially involving around 850 British companies.

It is unclear, however, how much of the actual value of the overall programme rests with that 85% supply chain in the UK and how much will be spent overseas. To date BAE Systems has contracted for the specialised high strength steel required for the first submarine from a French supplier. The use of foreign steel in the construction of the Dreadnought class has raised many questions over whether more can be done to promote the British steel industry within MOD programmes.

The costs of the design and manufacture of a class of four submarines will be £31 billion, including defence inflation over the life of the programme. A £10 billion contingency has also been set aside. Once the new nuclear deterrent comes into service the annual in-service costs are expected to continue at approximately 6% of the defence budget.

Approximately £4.8 billion had been allocated to the concept and assessment phases of the programme. At the start of Delivery Phase 1 two contracts worth £1.3 billion were awarded for work going forward. Contracts for Phase 2 of the build were awarded in May 2018, totalling £960 million.

In its 2017 Update to Parliament, the MOD confirmed that £4.3 billion had been spent on the design and early manufacture phase, thus far.

In order to keep the project on track, in March 2018 the Government confirmed that the MOD will have access to £600 million from the Dreadnought contingency fund during the 2018-19 financial year. This is not extra funding for the programme, however, which the Government has stated is still within its overall £31 billion forecast. The MOD has also indicated that the programme needs to be re-profiled, with a further £1.2 billion of funding identified for bringing forward in the programme.

This article was published by parliament.uk on Tuesday, May 22, 2018