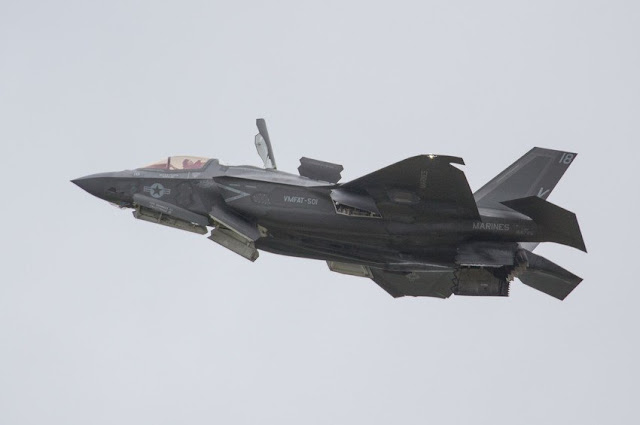 WASHINGTON — Pratt & Whitney is developing upgrades to the F-35’s engine that will give it the power and cooling necessary to make the U.S. Defense Department’s most sensor-heavy fighter jet even more of a powerhouse.

The new Growth Option 2.0 upgrade for the F135 engine, launched on Tuesday, adds a more advanced power and thermal management system that could be used to help the F-35 incorporate new weapons and sensors, the company said.

It also integrates a new compressor and turbine technologies that yield greater thrust and fuel savings, which were part of the Growth Option 1.0 concept unveiled in 2017.

In a June 12 interview with Defense News, Matthew Bromberg, president of Pratt & Whitney’s military engines unit, said the company decided to work on improvements to the F135’s power and thermal management system, or PTMS, based on feedback from the F-35 Joint Program Office.

Pratt in 2017 tested an early version of the Growth Option 1.0 motor called the fuel burn reduction demonstrator engine, which demonstrated that the upgrade could improve thrust by up to 10 percent and reduce fuel consumption by up to 6 percent.

But while the community that flies the F-35B short-takeoff-and-vertical-landing variant was gung-ho on the thrust improvements, the JPO said that better power and cooling was what was really needed — especially as the program transitions from the development phase to modernization, also known as Block 4 or Continuous Capability Development and Delivery, Bromberg said.

Pratt has already begun testing some technologies from the Growth Option 2.0 suite in various rigs and demonstrators. Bromberg called the upgrades “relatively low risk” and said it could probably be proven out in a four-year technology demonstration program.

But he declined to talk about completed testing or to quantify the new power and cooling improvements, saying only that they were “significant.”

Although the Defense Department hasn’t signed onto an upgraded F135 engine as part of the Continuous Capability Development and Delivery effort, Pratt executives have been hopeful that it will do so as it finalizes that strategy.

“As the F-35 program moves forward with the Continuous Capability Development and Delivery strategy, we strive to stay in front of propulsion advances needed to enable F-35 modernization,” Bromberg said in a statement. “We’re continuously assessing customer needs and responding with technology options to keep them ahead of evolving threats.” 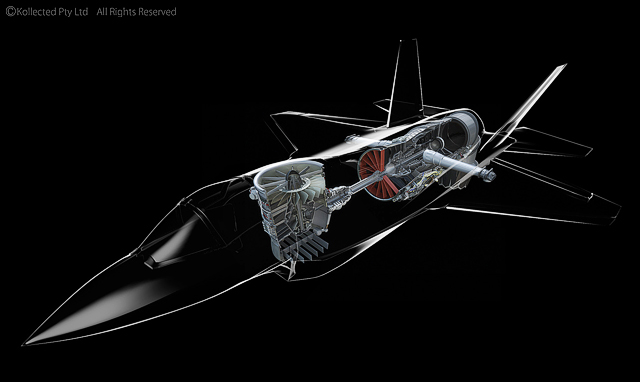 Matthew Bromberg, president of P&W Military Engines, said this week that since last year, P&W has combined the informally labeled “Growth 1A” thrust-increase option for the F-35B STOVL version, within the overall Growth Option 1.0 package. This package offers 10 percent more thrust than the F135’s current nominal 40,000 pounds, and 5 percent better fuel burn. But for the F-35B, P&W is working with Rolls-Royce to also provide a 5 percent increase in vertical thrust during the hover.

P&W previously described Growth Option 2.0 as an all-new production engine that would result from its adaptive-cycle research and development under the U.S. Air Force Research Laboratory Advanced Engine Transition Program (AETP). Both General Electric and P&W are working on engineering, manufacturing, and development (EMD) contracts from the Pentagon for the AETP, which could power a sixth-generation fighter aircraft.

However, Bromberg said that Growth Option 2.0 for the F135 could now provide the F-35 with “a significant increase in power and thermal management capability” within four years, rather than being a completely new engine design, which might not be available until a decade hence.

P&W is offering the new optional package as a result of the perceived need for an improved power and thermal management system (PTMS) to accompany the upgrades to the F-35 that Lockheed Martin is proposing. Lockheed Martin describes these as a continuous capability development and delivery (C2D2) strategy, but some are also known as the Block 4 upgrade. The upgrade program is scheduled to begin next year but is still under negotiation by the F-35 Joint Program Office.

The Growth Option 2.0 upgrades will result from P&W’s adaptive-cycle R&D effort focusing on third-airstream capability, adaptive-cycle controls, and new materials, with the company planning to “take the technologies as they mature and insert them into existing engines,” said Bromberg. “It’s a whole suite of technologies; we will look at everything. We’re leveraging the bleed systems, the integration system, and the control system.” In addition to the adaptive-cycle fan’s third airstream, P&W is also “looking at adaptive elements in the controls, the components, and the core,” he said.