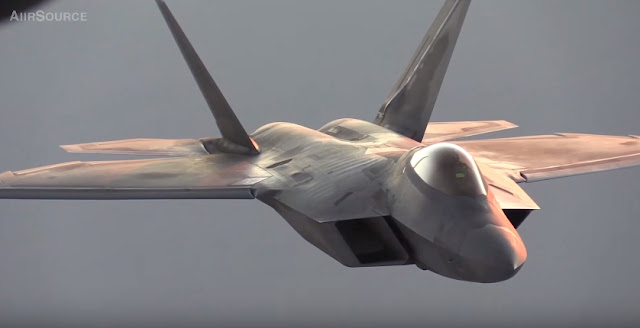 
Lockheed Martin has provided the Japanese government with sensitive information on how the F-22 Raptor is designed as Tokyo pursues a hybrid F-22/F-35 Lightning II to replace its F-2 fighter fleet.

On Thursday, Nikkei Asian Review reported that the largest American defense contractor forked over technology on the US Air Force's elite F-22 Raptor to support Japan in its goal of building a new fighter program to enter service in the 2030s.

Fighter jet programs can take up to a decade to develop. In some cases, like the F-35, upwards of two decades. Japan already has acquired F-35 aircraft, plans to acquire more, and operates one of two non-US-based F-35 production factories (there is an F-35 plant in Italy as well).

According to Nikkei, Washington and Lockheed Martin's decision to share F-22 technology with the Japanese may be motivated by a change of heart rooted in US President Donald Trump's fixation with reducing the US trade deficit.

Japan is the US' fourth largest trading partner by total value of goods exchanged between the two countries, data from the Office of the US Trade Representative shows. Goods exported to Japan account for about $63.3 billion, while the US imports $132.2 billion worth of goods from Japan. Thus, the US trade deficit with Japan is about $68.9 billion.

"Japan, however, faces a difficult decision over whether to accept Lockheed's offer," Nikkei reported, adding that while Japan wants to produce its next-generation aircraft indigenously, "it would be difficult for Japan to turn down an offer of arms from the US, its strongest ally."

Incidentally, the US Air Force's secret plans to restart F-22 Raptor production were revealed on Friday after a Freedom of Information Act request was made by The War Zone. Restarting F-22 production would cost about $50 billion to produce about 100 aircraft and reconfigure the manufacturing processes to build the Raptors, since subsystems like the F119 engine are no longer in production.

One idea for defraying F-22 production costs is to share F-22 technology with foreign partners. Lockheed Martin built 195 F-22 Raptors in total and the stealthy aircraft was never approved for foreign sales. Even the uber-expensive Raptor restart is drastically cheaper than buying 1,700 F-35 aircraft, which have not shown themselves to be paragons of reliability and performance.