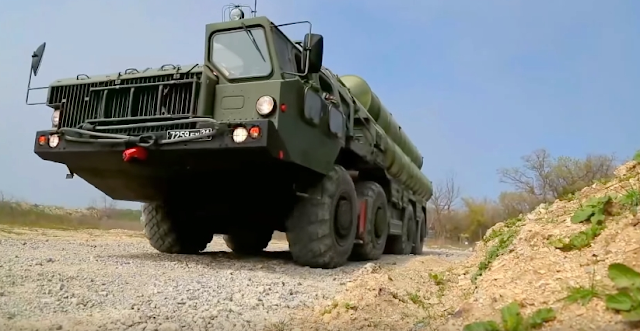 Ministry of Defense of the Russian Federation


The United States will take an unprecedented step against a NATO ally and impose sanctions on Turkey should it take delivery of Russian S-400 air defence missiles, a State Department official told Congress.

The United States has been clear with Turkey that the “acquisition of S-400 will inevitably affect prospects for Turkish military-industrial cooperation with the U.S., including F-35,” Wess Mitchell, U.S. Assistant Secretary of State for European and Eurasian Affairs, said in testimony to the Senate on Tuesday, Bloomberg reported.

“A decision on S-400 will qualitatively change the U.S.-Turkish relationship in a way that would be very difficult to repair,” he said.

Turkey has ordered F-35 stealth fighter aircraft from the United States, but at the same time has signed a deal with Russia to acquire the S-400s. The plans to buy the missiles, part of wider political and military cooperation between Turkish President Recep Tayyip Erdoğan and Russian President Vladimir Putin, have angered U.S. officials. Legislators in Washington have called on the White House to suspend sales of the aircraft, pointing to the missile purchase and Turkey’s jailing of U.S. pastor Andrew Brunson on terrorism charges.

Last week, the Senate passed a bill calling on the Trump administration to freeze arms sales to Turkey until an assessment is made of military and diplomatic ties, including the S-400 deal.

Erdoğan says he was forced to order the Russian missiles after the United States and its allies failed to provide Turkey with similar military hardware in a way that Turkey could also benefit from a transfer of technology to its defence industry. Erdoğan is seeking to develop Turkish defence firms’ global business as part of his plans to boost economic growth and Turkish political influence.