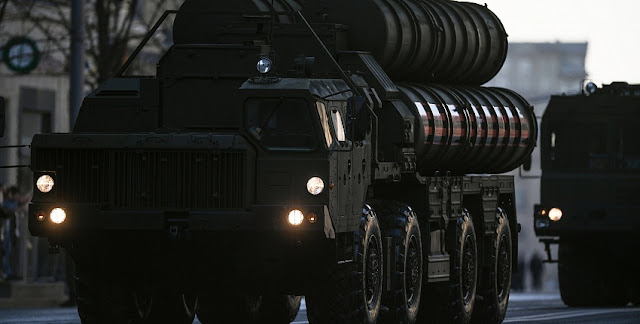 The US Senate passed the 2019 defense bill , which excludes Turkey from the F-35 jets supply program. In turn, Ankara said that it will not refuse buying Russian anti-aircraft missile systems S-400. Recently, Turkish President Recep Tayyip Erdogan said that he proposed to Vladimir Putin to jointly produce the S-500 missile systems. The Turkish tactics, the prospects for Ankara’s relations with Russia and Ankara-Washington controversies were the main topics of the valdaiclub.com interview with Evgeny Buzhinsky, chairman of the PIR Center’s Board.

In recent months, the S-400 missile systems supplies have been the main issue of Russian-Turkish relations. Turkey had asked to hasten them, while confronting on this matter with its Western allies. That was the context for Erdogan’s proposal to jointly produce the S-500. Evgeny Buzhinsky, however, doubts that the S-400 deal will be successfully carried out.

“Erdogan has long been playing these games with the Americans. I initially doubted that this deal could be finalized, but everything goes on like they will finally buy these S-400 systems. That is not a good signal for the US and NATO, because integration of the S-400 in alliance’s air defense system is a problem that could be solved theoretically, but NATO is not going to accept it,” he said.

However, according to Buzhinsky, one cannot be sure that the Turks will not annul the deal at the last moment. “Let me remind you of the precedent when the Chinese won the tender to provide Turkey with anti-aircraft and anti-missile systems. Then the US pressed, and the Turks cancelled the tender’s results. There is an issue with the S-400 now. Despite some of Erdogan’s peculiarities, Turkey is a NATO member state, and the country is not going to quit the alliance. We have to wait and see, but I cannot rule it out that the deal could be annulled at the last moment”, the expert said.

Considering all the circumstances, he is very skeptical about the joint production of the S-500: “It is too early now to talk about the S-500 – Russia has not obtained them yet and is not going to sell them in the near future. I have doubts about any joint production, since Russia is unlikely to share such an advanced technology with Turkey. For the moment, we will equip our air and missile defense forces with the S-400. I doubt if we are ready to even jointly produce the S-400”.

On Sunday, June 24, Turkey will hold presidential and parliamentary elections. Due to this, some observers believe that Erdogan’s proposal is related to his desire to raise his own ratings. But there is another possible reason, Buzhinsky believes: “It is just the anti-American sentiments are strong in Turkey – especially for Erdogan. He took offence at the US for what he believes was its approval of the coup attempt, and for not extraditing Fethullah Gulen. So Erdogan is just demonstrating his independence to the Americans, his ability to do whatever he wants”. This will not, according to the expert, lead to any significant shifts in the course of the country: “I know Turks a little bit, so I would hardly say that they are our friends, who are ready to break with the Americans and reorient themselves to us. This is, to put it mildly, highly unlikely”.