The twin-engine, medium-altitude, high endurance Attack UAV System (Akıncı) with 24 hours of endurance at 40,000 feet is in production. Bayraktar shared an image of the first fuselage via twitter, saying: "A large flying fish entered the production line. It is on its way. Stay tuned."

Images of the Akıncı, previously announced by Minister of National Defense Nurettin Canikli, were released for the first time. With a service ceiling of 40,000 feet, the Akıncı will weigh five tons, have a useful load capacity of 1.5 tons, have 24 hours of endurance and be equipped with a turboprop engine.

Turkey, which has taken important steps in the domestically developed and armed UAV systems, has completed a significant part of the design process in the larger Akıncı following ANKA. Set to make its first flight in 2020, the system will carry 900 kilograms of ammunition. Delivery is expected in 2021 after a one-year testing period. Baykar Makina has been delivering combat drones to the Turkish military since 2015. Bayraktar TB2 armed drones support the fight against terror, while providing effective surveillance, reconnaissance and fire support to security forces in Operation Euphrates Shield and Operation Olive Branch in Syria.

The Bayraktar TB2, developed and with domestically produced electronic, software, aerodynamic, design and sub-main systems, stands out as the world's most advanced UAV system in its class with its flight automation and performance. 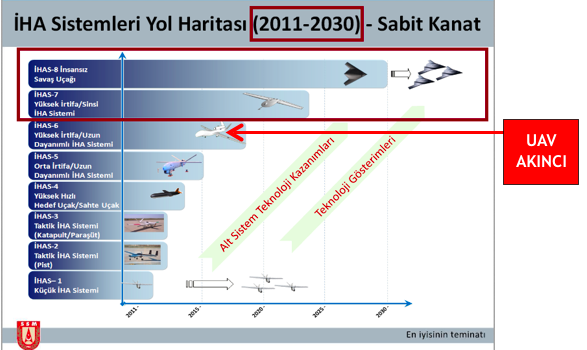 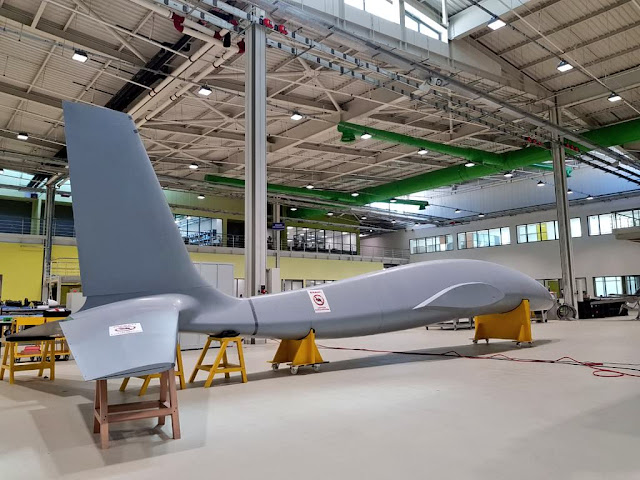 Akinci Taarruzi IHA, the UCAV will be capable of flying at an altitude of 40,000 ft with an endurance of 24 hours.

It is designed to carry a 1,500 kg weapon payload on its six external hardpoints and a internal weapon bay. The armaments will include the guided MK-82 general purpose bombs and Roketsan MAM-L air to ground anti-armor missiles.

The UCAV will be equipped with the Aseslan CATS Electro-Optical Reconnaissance, Surveillance and Targeting System. Source: aviationanalysis.net