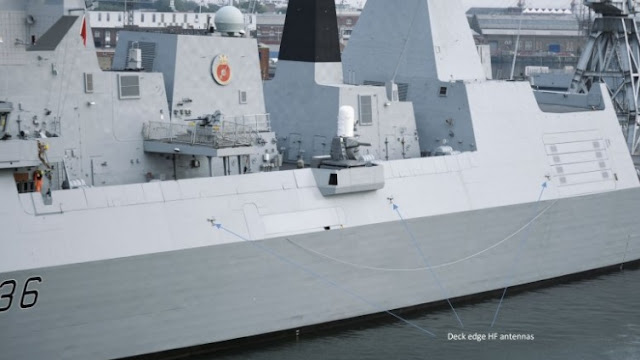 Procured under Project ‘Shaman’ the new CESM capability is described by the RN as “an essential information, surveillance, targeting, and reconnaissance tool in the delivery of maritime force protection, security and manoeuvre”. Already in US Navy (USN) service, SSEE Increment F is being acquired under a Foreign Military Sales (FMS) case with the US government; the equipment is produced by Boeing-owned systems and sensors house ArgonST.

Defender returned to sea in April this year after completing an 18-month deep maintenance period at HM Naval Base Portsmouth. While the Ministry of Defence’s (MoD’s) Defence Equipment and Support (DE&S) organisation has declined to specifically identify the Shaman fit, it has previously acknowledged that Defender has received “a large number of additions and alterations” including “the fitting of additional and improved sensors”.