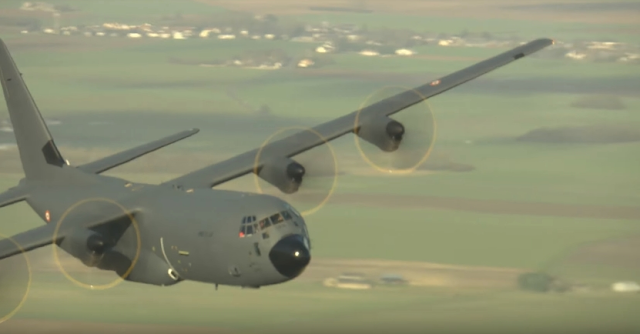 PARIS ― The French Air Force has taken delivery of a second C-130J Super Hercules transport plane, which flew across the Atlantic Ocean to land at the Orleans air base, the Armed Forces Ministry said.

“The second C-130J Super Hercules and its crew arrived Thursday, June 7 at Orleans air base from the Lockheed Martin plant at Marietta in the United States,“ the ministry said June 7 in its briefing note.

The delivery came within the schedule estimated by Lockheed.

The first operational logistics capability of the aircraft was authorized at the end of May, meeting the estimated timetable, the ministry said. That is slightly later than the three months of tests the Air Force had previously planned for the first C-130J.

The service can now fly the first two C-130Js to carry freight and passengers to foreign theaters. The first C-130J flew May 21 to support the French air base in Jordan.

The first C-130J was received Dec. 22 and was formally welcomed by Armed Forces Minister Florence Parly in January in a high-profile ceremony.

An additional two C-130Js are due for delivery next year, bringing to the French forces a long sought-after capability for aerial refueling of helicopters.