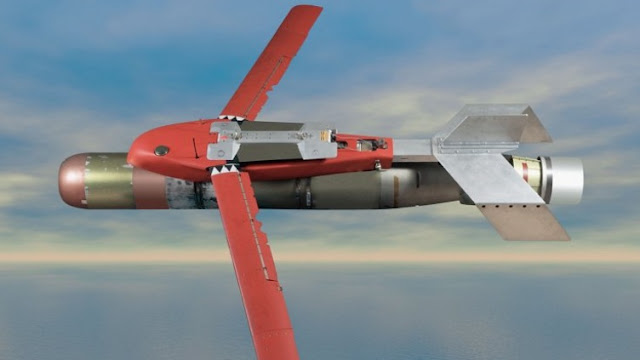 The LongShot kit fitted to an Mk 54 torpedo is designed to afford the Poseidon a high-altitude anti-submarine warfare capability. Boeing is to be awarded a sole-source contract for full-rate production of the Air Launch Accessory component of the system. Source: Lockheed Martin


The US Navy (USN) is pushing ahead with plans to field the High Altitude Anti-Submarine Warfare Weapon Capability (HAAWC) on the Boeing P-8A Poseidon maritime multimission aircraft (MMA), despite recent comments made to the contrary by some senior service officials.

The aircraft original equipment manufacturer (OEM) is to be awarded a sole-source contract for full-rate production (FRP) of the HAAWC Air Launch Accessory (ALA) for use in launching the Mk 54 torpedo from the Poseidon MMA from high altitude.

This notification released by the Department of the Navy on 8 June follows a March 2017 decision by the USN Commander Patrol and Reconnaissance Group (CPRG) to withdraw its endorsement of the high-altitude anti-submarine warfare (ASW) capability.

As noted in the navy’s solicitation, “The primary HAAWC capability requirement is to increase the stand-off range and weapon release altitude for the P-8A Poseidon aircraft during ASW missions for employment of a lightweight torpedo against submarine targets.

“The ALA will be used exclusively with the Mk 54 MOD 0 and MOD 1 torpedoes, and will be carried and released from the weapons bay of the P-8A Poseidon aircraft. The navy requires capacity to carry and release five HAAWC weapons on the P-8A.”

The HAAWC integrates the ALA kit with a GPS guidance system and folding wings onto a standard Mk 54 torpedo to enable the weapon to fly to the programmed release point and altitude before being released from the ‘wing’. Thereafter, the torpedo falls and is retarded by the standard parachute, and the weapon systems are initiated in the usual way once the weapon enters the water. 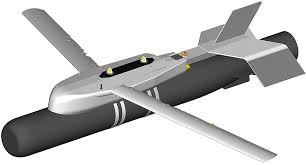 The LongShot kit fitted to an Mk 54 torpedo is designed to afford the Poseidon a high-altitude anti-submarine warfare capability. Boeing is to be awarded a sole-source contract for full-rate production of the Air Launch Accessory component of the system. Source: Lockheed Martin

HAAWC anti-submarine warfare (ASW) technology involves Boeing-built add-on kits for the U.S. Navy Mark 54 lightweight torpedo called the HAAWC Air Launch Accessory (ALA) that will enable the weapon to glide through the air from altitudes as high as 30,000 feet and enable the Boeing P-8A to attack enemy submarines from long ranges.

The HAAWC ALA turns the Raytheon Mark 54 torpedo into a glide weapon that the P-8A aircraft can release from high altitudes. As the flying torpedo reaches the water, it jettisons wings and other air-control surfaces and takes on its original role as a smart torpedo that detect, track, and attack enemy submarines autonomously.

It is unlikely that a submerged submarine could detect the presence of a P-8A flying as high as 30,000 feet. The only warning the enemy sub would have is the sound of the HAAWC torpedo entering the water close by. The Navy selected Boeing to develop the HAAWC ALA flying torpedo high-altitude ASW system for the P-3A Poseidon in April 2013.

The Mark 54 always has been able to be launched from fixed-wing aircraft and helicopters, but before the HAAWC add-on kit air crews had to release the torpedo from altitudes no higher than about 100 feet.

The HAAWC will enable the P-8A aircraft -- a Boeing 737 passenger jetliner modified for maritime patrol -- to maintain optimum surveillance altitudes without wasting the time and fuel necessary to drop to low altitudes to attack targets and then climb back to high patrol altitudes.

Attacking from high altitudes also enables the P-8A to reduce the time between target acquisition and attack, as well as launch anti-submarine weapons outside the ranges of shore-based anti-aircraft defenses.

When launched from 30,000 feet the HAAWC-equipped Mark 54 torpedo will glide for seven to 10 minutes before entering the water. The system uses technologies that Boeing developed originally for the Joint Direct Attack Munition (JDAM) and Small Diameter Bomb (SDB) so it can be launched from high altitudes and far from targets, Boeing officials say. Source: militaryaerospace.com 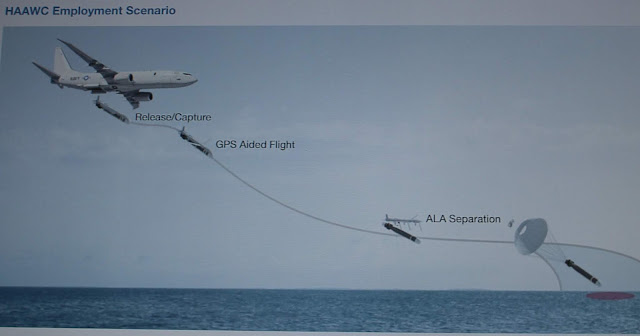