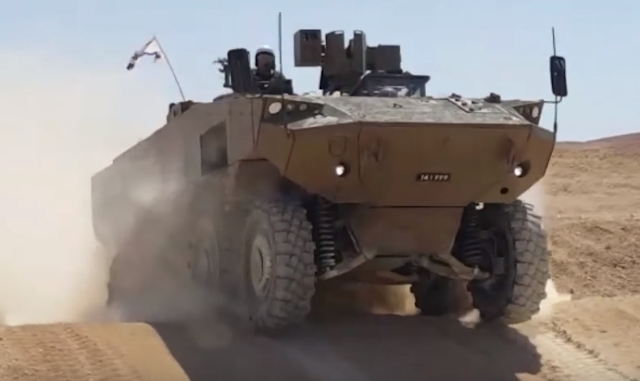 The Israeli Ministry of Defense (MoD) has announced that a second prototype of the Eitan wheeled armoured personnel carrier (APC) has been produced.

It said on 17 June that the new version has been developed on the basis of lessons learned from the first prototype, which went through a series of trials with infantry units in various types of terrain.

The MoD said the second version will have a different 750-hp engine and its body has been changed to improve protection for the crew and the on-board systems. Improvements have also been made in its steering, electrical systems, transmission, wheels, and brakes.