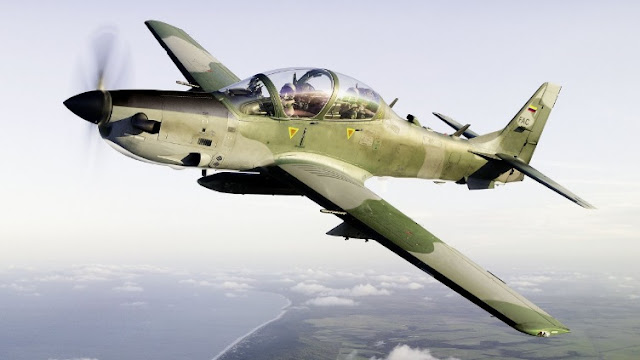 Embraer sees the Super Tucano as having a role in Europe, taking on many of those missions now flown by fast jets and helicopters. Source: Embraer

Embraer is looking to secure its first European customer for the EMB-314/A-29 Super Tucano light attack turboprop, a company official said on 7 June.

Speaking at the SMi Close Air Support (CAS) conference in London, Embraer’s vice president for sales in Europe and North Africa, Simon Johns, said that the Super Tucano could provide European air arms with a lower-cost alternative to jets and helicopters for many of their missions.

Embraer also pointed to nations like Ukraine that lack funding for a new multirole combat aircraft, and which would find the Super Tucano an affordable option that would add considerable combat power. Furthermore, the Super Tucano’s ability to operate close to the frontline makes it agile and flexible enough to respond to events in a timely fashion.

As part of this drive into Europe, Embraer is offering some enhancements to the baseline aircraft. As Johns noted, the changes “include the integration of dedicated anti-tank munitions, like the Lockheed Martin [AGM-114] Hellfire missile, which [is] already in the roadmap of the aircraft, as well as laser guided rockets.

“There are scenarios where the Super Tucano, operating in a battlespace with a benign or semi-degraded air defence system on the opposing side, could perform the tank-killing mission that has largely been left to helicopter gunships until now.”

Pursuant to being equipped to perform these missions, the Super Tucano now has a radar warning receiver and missile approach warning system in development for an increased threat environment in the European theatre.