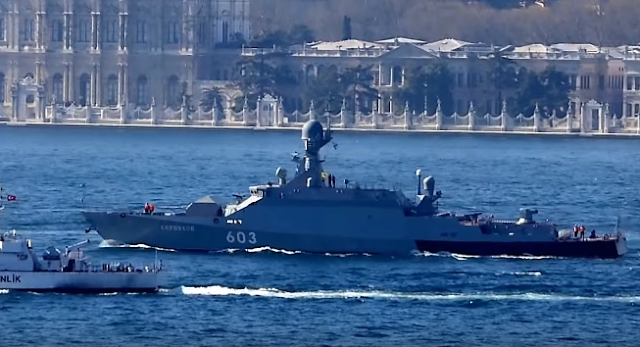 
Each warship of this series undergoes substantial sea trials

"Overall, 12 warships of this series are planned and their further development will be renewed, considering progress both in radio-electronic weapons and air defense capabilities," the rear admiral said at an official ceremony of raising the St. Andrew’s flag on the Project’s sixth warship, the Vyshny Volochyok.

Each warship of this series undergoes substantial sea trials. By now, five corvettes of this Project have been built. Three of them are operational in the Caspian Flotilla and two are in service with the Baltic Fleet, the rear admiral noted.

"These are the Grad Sviyazhsk, the Veliky Ustyug, the Serpukhov and the Zelyony Dol and today we participated in the ceremony of raising the flag on the sixth warship, the Vyshny Volochyok," Tryapichnikov said.

"The warship Orekhovo-Zuyevo is in a high degree of readiness, followed by the Ingushetia, the Grad and the Naro-Fominsk, and also by one more warship that will worthily bear the name of one of the leading cities of the Russian Federation," the rear admiral said.

The Russian Navy will be switching over to building and designing blue-water warships whose backbone will consist of Project 22350 frigates, Tryapichnikov stressed.

The Vyshny Volochyok is the sixth corvette of the modernized Buyan-M Project and for the time being will be the sole warship of this class in the Black Sea Fleet.

Warships of this class feature a greater displacement and are outfitted with the most advanced long-range precision weapons - the Kalibr-NK missiles designed to hit naval and coastal targets.