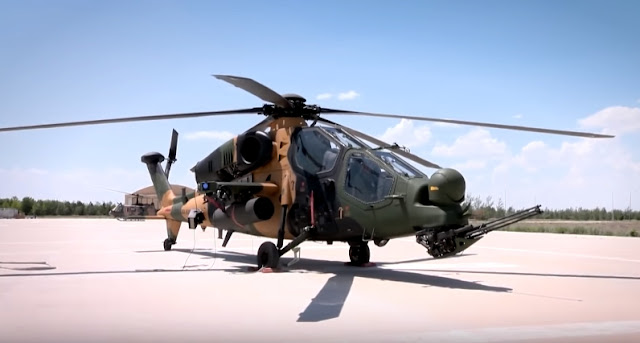 
On May 30th 2018, Turkey and Pakistan went a step further in their deep armament collaboration following the signing of their biggest contract to date about the sale of 30 multi-role combat helicopters T-129 ATAK, produced by the Turkish Aerospace Industries (TAI).

The helicopter’s configuration is based on the AW129 and its predecessor, the A129 Mangusta, produced by the Italian company Leonardo Helicopters, formerly known as AgustaWestland.

Indeed, the T-129 ATAK has been developed jointly by AgustaWestland and Turkish Aerospace Industries for the Turkish Armed Forces under the Attack and Tactical Reconnaissance program. There has been a strong collaboration between Italy and Turkey since the 1970’s. The two companies signed a contract in 2007 for a total amount of US$1.2 billion. This contract initially allowed TAI to assemble 51 helicopters with an additional 40 optional helicopters, and to share intellectual property rights regarding the configurations of the helicopter. Since then, 59 helicopters have been ordered with 32 options for Turkish Land Forces and further 9 T129 ATAK Helicopters for the Ministry of Interior. 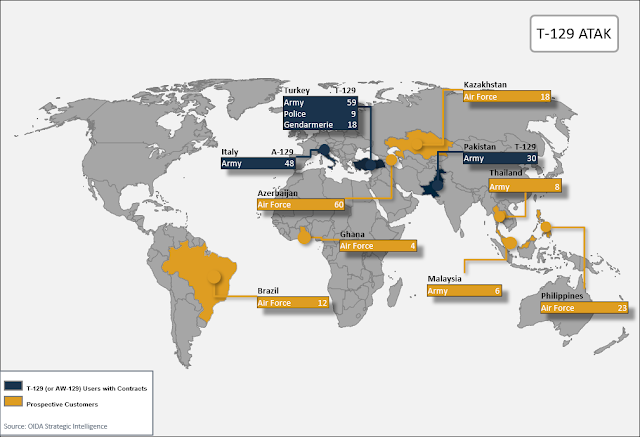 The T-129 ATAK development debuted in 2008, and it was first put in service in 2012. Until then, it was only used by the Turkish Military and Gendarmerie (Jandarma Genel Komutanlığı). Therefore, this sale to Pakistan is the first helicopter export contract even though a few years ago TAI called for a more extensive contract with Azerbaijan.

Pakistan’s helicopters will be equipped with specific technological weapons as described in the table below. 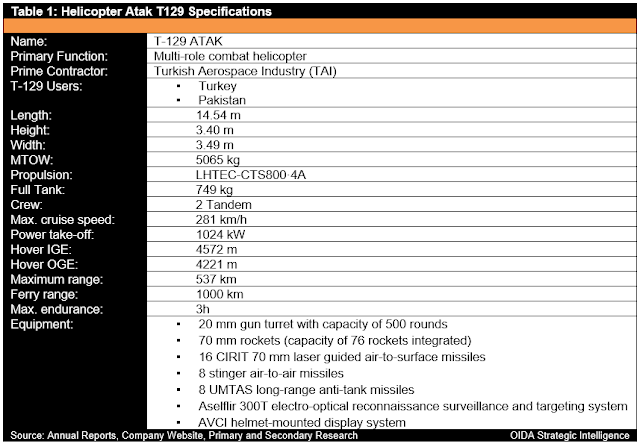 UMTAS, renamed Mizrak-U, is a new type of missile developed by Roketsan for 13 years. This weapon is an anti-armor missile with a maximum range of 8km able to operate day and night, whatever the weather. Its particularity is that it is effective against tanks and reinforced structures. It is aimed to arm T-129 ATAK helicopters and Anka UAVs. It can also be fitted on land vehicles or naval vessels. According to sources this weapon is said to be the Turkish equivalent of the US-made AGM-114 Hellfire from Lockheed Martin. 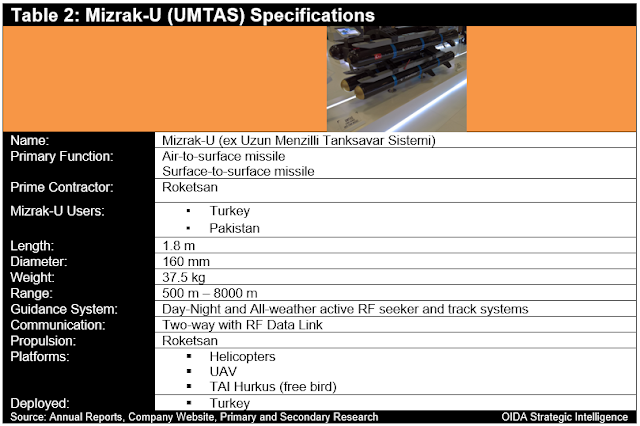 Moreover, Turkey decided to engage in national production of an armed aerial vehicle: the Bayraktar TB2, a joint venture with two Turkish developers: Bakar and Kale Kalip. It can be used with missiles like the Mizrak-U. The tests realized in 2015 were successful, and is now able to be used by professionals. Turkey has become one of the few countries to have armed UAVs.

Roketsan also signed a Memorandum of Understanding (MOU) with the European firm Airbus Defence and Space in July 2016, to arm the Airbus C-295 gunship with laser-guided Cirit missiles, and the long-range laser-guided UMTAS anti-tank missiles, as well as the Teber laser-guided bombs.

Turkish officials have added that they are selling the T-129 to a number of countries but refuse to name. However, TAI officials have said that among potential buyers, there is Azerbaijan.

This article was published by OIDA Strategic Intelligence on June 6, 2018