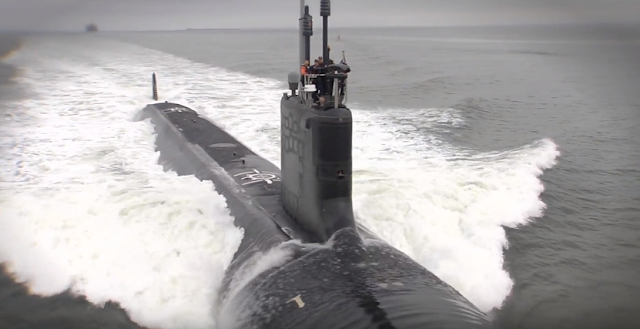 
BAE Systems has received a contract to produce payload tubes for two of the U.S. Navy’s new Virginia-class submarines to support increased firepower on the Block V version of the attack subs. Under the contract with General Dynamics Electric Boat, a builder of the Virginia class, BAE Systems will deliver two sets, each consisting of four tubes, for the Virginia Payload Modules on the SSN 804 and SSN 805.

“With the VPM, the Navy is adding significant capability to the Virginia-class by increasing the firepower of these subs and tripling their payload capacity.”

The Virginia Payload Module (VPM) extends the length of the Block V submarines over previous versions of the Virginia-class by adding an additional mid-body section to create more payload space for greater firepower. Each large-diameter payload tube can store and launch up to seven Tomahawk cruise missiles. The VPM offers exceptional flexibility as well for the integration of future payload types, such as unmanned systems or next-generation weapons.

“The Virginia Payload Module is critical to the Navy’s undersea presence,” said Joe Senftle, vice president and general manager of Weapon Systems at BAE Systems. “With the VPM, the Navy is adding significant capability to the Virginia-class by increasing the firepower of these subs and tripling their payload capacity.”

BAE Systems, which is also providing payload tubes for the SSN 803 under a previously awarded VPM contract, has a long history of supporting the Navy’s submarine fleet as the leading provider of propulsors and other submarine systems. The company was selected to provide propulsors, spare hardware, and tailcones for Block IV Virginia-class vessels and stands ready to provide the same support for the Block V subs.

Under this most recent contract, BAE Systems will also develop the processes and tooling necessary for the Block V payload tube production. Work will be performed at the company’s facility in Louisville, Kentucky, with deliveries scheduled to begin in 2020.

BAE Systems shows an interesting model this wk at the Navy League SeaAirSpace show in DC - a Virginia-class submarine w/ the #VPM #Virginia Payload Module planned for Block V. Note the hump over the "plug" amidships - the 4 VPM tubes there will be longer than the 2 in the bow. Source: Chris Cavas