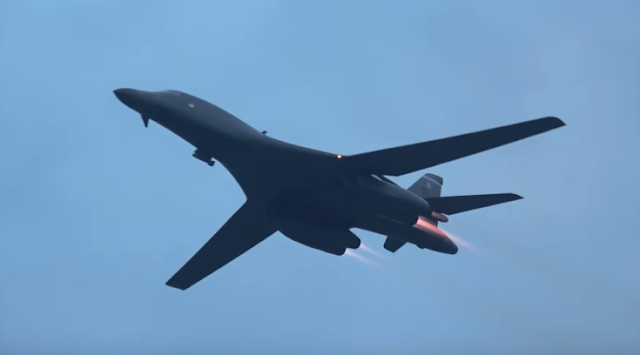 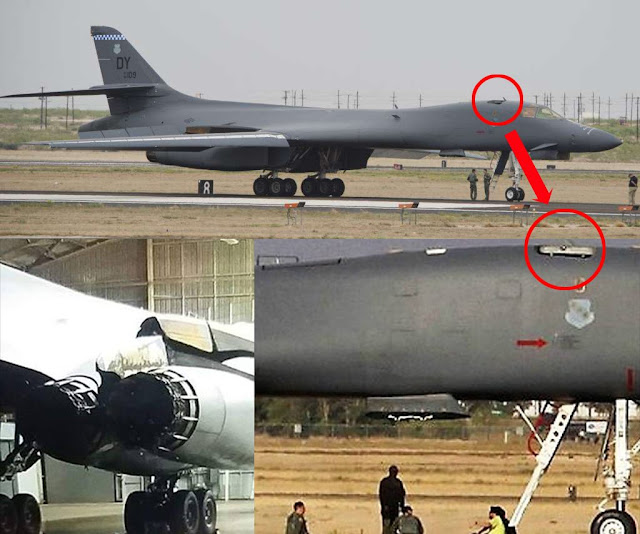 The safety stand-down, official language for the grounding of an aircraft type, was ordered after a B-1B Lancer made an emergency landing following an “engine failure” at Midland International Air and Space Port between Midland and Odessa, Texas, on May 1, 2018.

According to the Global Strike Command release, dated June 7, 2018, the reason for the safety stand-down is, “An issue with ejection seat components was discovered that necessitated the stand-down.” The statement goes on to read, “As these issues are resolved, these aircraft will return to flight.” 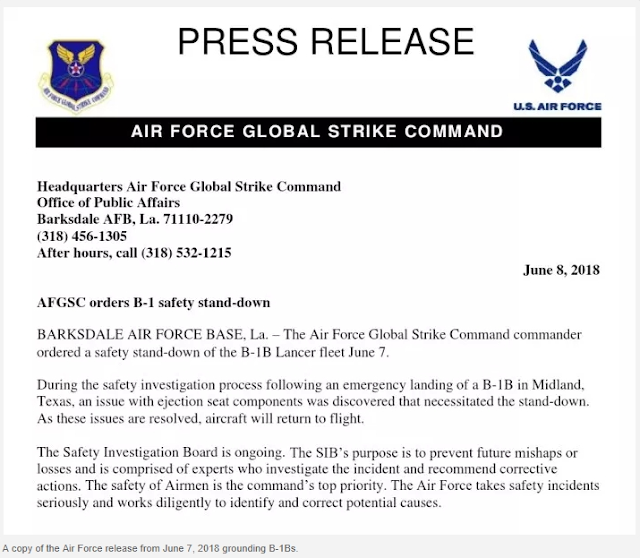 This type-specific safety stand-down of the B-1B heavy bomber follows a one-day operational safety review ordered by USAF Chief of Staff General David L. Goldfein directed to all Air Force wings with flying and maintenance functions to be completed by May 21, 2018.

The May 1, 2018 incident over Texas involved B-1B Lancer 86-0109/DY, “Spectre”, built in 1986 according to sources. The aircraft was part of a two-ship B-1B flight that originated from Dyess AFB. Sources claim that the crew experienced, “An over wing fairing (OWF) fire indication on the fire warning panel climbing out of low level, followed by a #3 engine fire indication.”

According to the unofficial source who spoke to TheAviationist.com on condition of anonymity, “The aircraft commander called for manual ejection.” The source told TheAviationist.com that the B-1B’s offensive systems operator was the first to attempt ejection from the aircraft. Photos of the aircraft on the ground support this information since the escape hatch over the offensive systems operator station is missing from the aircraft. The source goes on to report, “The [ejection] seat did not go up the rails.”, meaning the escape system did not function normally.

While no official report has been issued surrounding the cause and specific events of the May 1, 2018 incident, sources close to the investigation have hailed the B-1B flight pilot in command and crew as “heroic” for saving the aircraft and the lives of all on board.

“Two US Air Force officials told CNN that although B-1s are currently deployed to Al Udeid Air Base in Qatar, operations in Iraq, Syria and Afghanistan would not be impacted.”

Two B-1s from Dyess AFB are also deployed to RAF Fairford to take part in BALTOPS 2018 exercise. It’s still not clear whether the grounding involves these two Lancers as well. 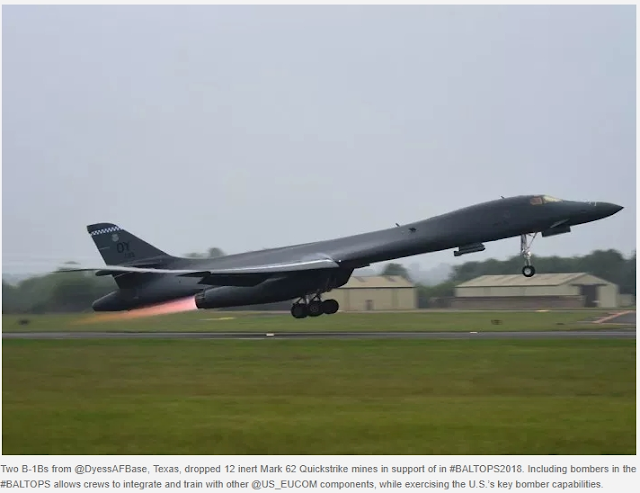 The B-1B Lancer, nicknamed the “Bone”, is a four-engine, supersonic, variable-geometry swept wing heavy bomber capable of Mach 1.2. The aircraft first flew in December 1974 but the program was plagued by politics and budget concerns until it was eventually cancelled in 1977 during the Carter administration. The program was later restored under the Reagan administration in 1981.

Top image: composite image made of photos appeared on various social media from the May 1, 2018 B-1B emergency landing in Texas.