Russia has expanded and strengthened the nuclear bunker near Kaliningrad 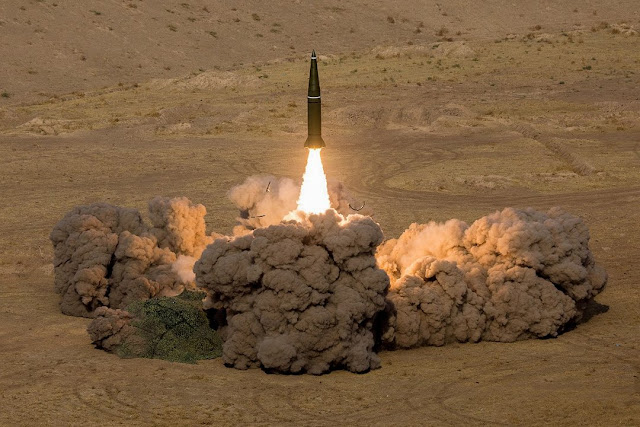 Russia has expanded and strengthened the nuclear bunker near  Kaliningrad . According to the British edition of The Guardian, recently the Russian military conducted work on deepening the nuclear storage and reinforcing the concrete roof. Satellite imagery, which, according to experts, confirm this, was published on the eve of the Federation of American Scientists (FAS).

The research project on the study of nuclear objects at the FAS, Hans Christensen, explained that satellite images clearly show specific signs, "typical for Russian nuclear storage facilities." According to the scientist, in the photo you can see "super-powerful outer perimeter multi-layer fencing" around the object.

"The bunker itself has a triple fence around. These are typical features for all other nuclear storage facilities known to us in Russia, "Christensen explained.

According to him, work on the modernization of the facility began in 2016, and a new roof was installed this summer. At the same time, Christensen pointed out recently, scientists first noticed that one of the bunkers was deepened, and, apparently, modernized. At the same time, it is not clear to the Americans whether the Russian military stores a nuclear weapon on this site, or simply modernized the bunker in order to be able to place nuclear weapons there if necessary in the shortest possible time.

"These photographs do not prove the presence of nuclear weapons in Kaliningrad, but demonstrate that we are dealing with a working military facility," the scientist summed up.

Presumably, a mysterious bunker is located in the village of Alekseyevka in the Zelenograd District.

The Kaliningrad region has repeatedly attracted the alarming attention of NATO . Thus, at the beginning of the year, the Russian Defense Ministry announced the creation of the infrastructure on the territory of the region necessary for the deployment of the Iskander-M tactical missile systems (OTRK) on a permanent basis. Complexes deployed in  Chernyakhovsk are capable of hitting targets, including elements of enemy air defenses.

The Russian advanced S-400 Triumph S-400s, as well as coastal missile systems Bal and Bastion have already been deployed on the territory of the region.

NATO estimates the strengthening of the Russian military force in the westernmost region of the country as actions "not conducive to reducing tensions." In particular,  Brussels notes with alarm that the Iskander-M missile defenses can "use missiles equipped with nuclear warheads". 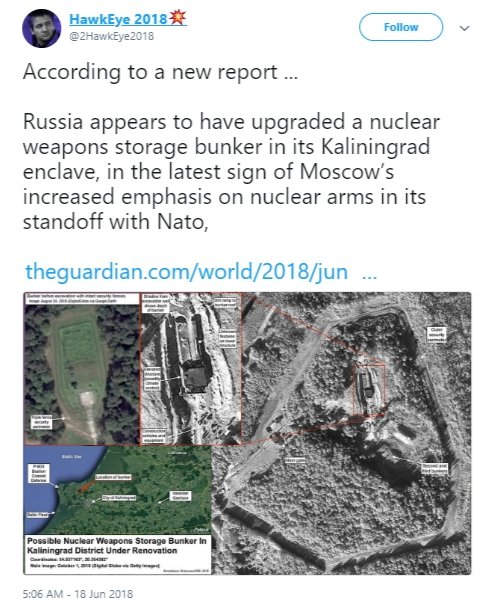 Another question is whether, indeed, American scientists succeeded in discovering a Russian bunker for the storage of nuclear weapons near Kaliningrad, and, if it is not so, what purpose does the photographed object actually serve?

There is a bunker, but another one

Military expert, editor-in-chief of Arsenal of the Fatherland magazine Victor Murakhovsky, in his communication with News.ru correspondent, expressed the opinion that the photos published by The Guardian most likely depict a new arsenal designed for safe storage of ammunition - shells and missiles.

"It's no secret that the Russian Armed Forces are creating an updated system of arsenals, that is, they are building new ammunition storage facilities that meet modern security requirements. In particular, they include protection from natural disasters, fires, attacks by the enemy. This was announced by Deputy Defense Minister Dmitry Bulgakov a few years ago. A similar facility is being built in the Western Military District for the needs of the 11th Army Corps of the Baltic Fleet stationed on the territory of the Kaliningrad Region. I emphasize that this is not about the storage of nuclear weapons, but about conventional shells and missiles, "he said.

According to Murakhovsky, if American scientists want to look at the site of the nuclear arsenal under construction with the help of a satellite, they will not succeed.

"I personally saw how such an arsenal is being built in the Southern Military District - on the territory of the Rostov Region . It is very similar to the object that is published on satellite images. There just is a system of underground bunkers, and fences, and fortifications. All this is intended for the safe storage of ammunition. We remember the numerous fires and explosions in arsenals, "the expert believes. 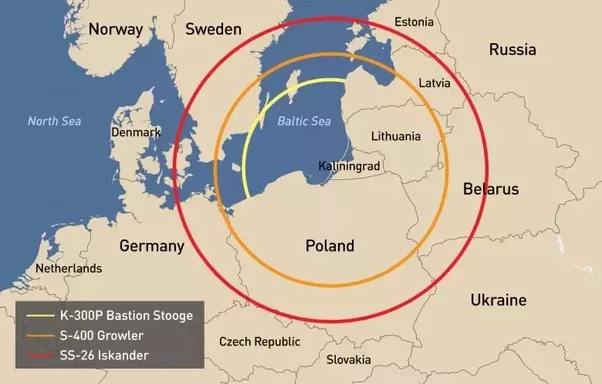