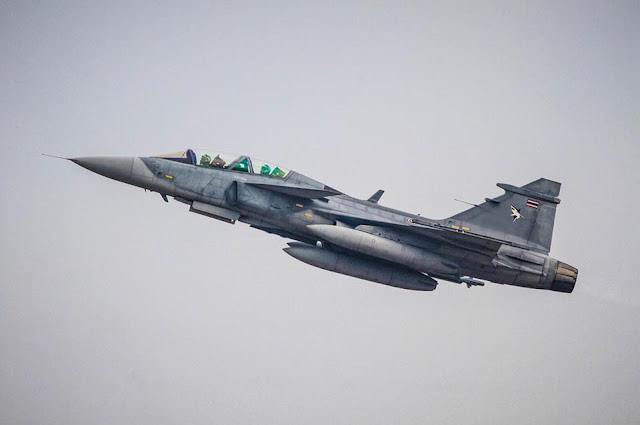 Swedish defence group Saab is advancing its engagement with the Philippine Air Force (PAF) as part of efforts to meet the service’s stated requirement to procure a multirole combat aircraft over the coming few years.

The planned acquisition – known in the Philippines as the Multi-Role Fighter (MRF) programme – has not yet been formalised through the issue of a request for information (RFI), but Saab has already strongly positioned its Gripen platform to meet the requirement when it goes to tender.

Recent reports from the Philippines that President Rodrigo Duterte has now approved the MRF acquisition in principle suggest that the programme may move ahead soon in line with the Armed Forces of the Philippines (AFP) ‘second horizon’ modernisation programme, which runs 2018–23.

Funding for second horizon, which includes the MRF as one of its key acquisition projects, has been set at PHP289 billion (USD5.46 billion).

Commenting on the reported progress in the MRF programme, a Saab spokesperson told Jane’s on 11 June, “It’s a positive development for us in the Philippines, and we are encouraged by the momentum that is now building around the MRF programme.”

The spokesperson added that Saab has been in dialogue with the PAF and AFP about military requirements in the country for several years and that it has held detailed talks with the former about the MRF requirement.

“We have had detailed discussions with the PAF’s technical working group that has been studying the options for the Philippines, and Saab is fully committed to supporting whatever acquisition path [the Philippines] moves forward along.”

According to reports, the MRF programme is likely to progress as a requirement for two squadrons acquired over two batches, although the total number of aircraft that will be procured and the value of finances set aside for the procurement have not yet been confirmed by the Philippine government.