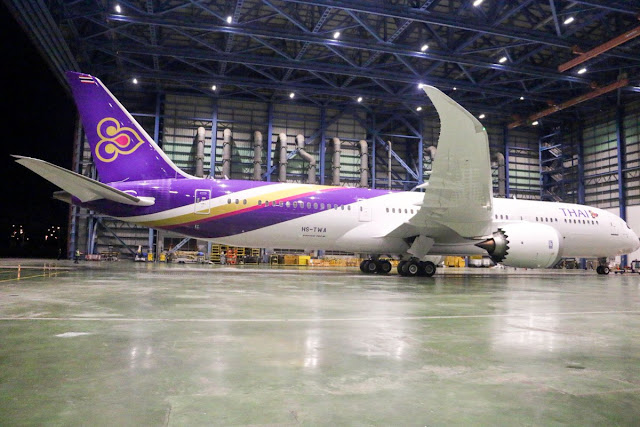 BANGKOK (Reuters) - Thai Airways International Pcl (THAI.BK) will undertake maintenance and repair of Rolls-Royce Trent engines and expects additional revenue of up to 5 billion baht (116.3 million pounds) in 2020 from the business, the carrier said on Thursday.

The airline became an authorised maintenance centre for Rolls-Royce and will spend 1 billion baht (23.3 million pounds) in 2018-2019 to expand its maintenance, repair and overhaul (MRO) facility at the Don Muang airport.

The facility will have the capacity to repair over 30 Rolls-Royce Trent engines each year once operational, executive vice president of Thai Airways’ technical department, Surachai Piencharoensak, told reporters.

Thai Airways could expand maintenance and repair capacity of Trent 700 and Trent 1000 engines to meet regional demand and could develop a joint business together, acting President Usanee Sangsingkea said in a statement.

Surachai Piencharoensak, executive vice-president of the technical department at THAI, said the two companies signed an agreement for 10 years after conducting a feasibility study which took over a year to complete.

Under the agreement, THAI will invest 500 million baht in the first phase planned for 2018-2020, mainly in training and facilities at its existing maintenance centre located at Don Mueang airport in Bangkok.

Rolls-Royce will transfer knowledge and provide training for Thai technicians as well as work to attract customers to the new centre.

Additional investment will be finalised before the first phase concludes, while further collaboration could come in the form of a joint venture.

Mr Surachai said the centre will begin by servicing Rolls-Royce Trent 1000 engines by the fourth quarter or early next year.

Some 30 engines are expected to be serviced in the first year, followed by 70-80 engines annually in the following three years.

If all goes according to plan, revenue for the first year is projected at 1 billion baht, climbing to 4-5 billion annually thereafter.

"Through collaborating with Rolls-Royce, THAI will be able to service customers from outside the country," said Usanee Sangsingkeo, acting president of THAI.

THAI, which has 3,500 technicians, is expected to need another 50-60 for the project. Source: bangkokpost.com