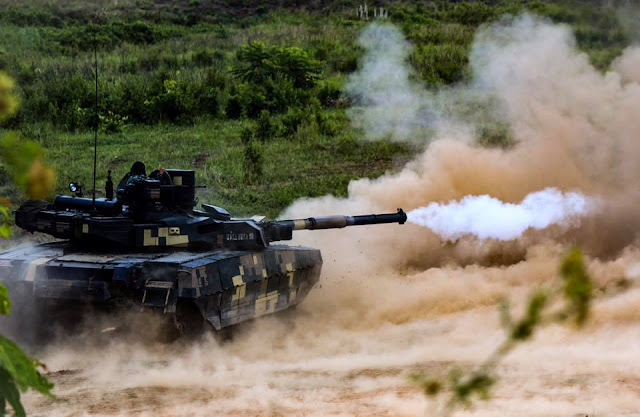 
Ukraine is ready to consider the possibility of joint production of armored vehicles with Thailand, First Deputy NSDC Secretary Oleh Hladkovsky has said.

In the first quarter of 2018 the Ukrainian side completed the contract for the delivery of Oplot tanks for the needs of Thailand. As part of the successful implementation of bilateral agreements, a delegation of the Ministry of Defense of the Kingdom of Thailand, headed by Deputy Minister of Defense General Chaichan Changmongkol, is in Ukraine from June 13 to June 16, the press service of the National Security and Defense Council reported on Friday.

The Thai delegation held talks at the Ministry of Defense of Ukraine, visited enterprises of the State Concern Ukroboronprom, and also met with Hladkovsky.

During the meeting, the first deputy secretary of the National Security and Defense Council noted that Thailand is one of Ukraine's strategic partners in the Asia-Pacific region and Ukraine is ready to continue to export armored vehicles to Thailand, as well as expand the range of military products needed by the army of the Kingdom.

Hladkovsky stressed that Ukraine has proved itself to be as a reliable supplier of military products, and domestic specialists are able to establish proper maintenance and support of armored vehicles, in particular, the supply of spare parts and parts to it. Therefore, according to the first deputy secretary of the National Security and Defense Council, it is worth considering the possibility of opening such a service center in Thailand.

The parties discussed the strategy of the Thai government regarding the development of its own military industry, and the question of the possibility of transferring Ukrainian technologies to create a joint production of armored vehicles in Thailand.

In addition, Hladkovsky considers it expedient to start the work of the Joint Ukrainian-Thai Commission on cooperation in the field of defense industry to discuss specific joint projects.