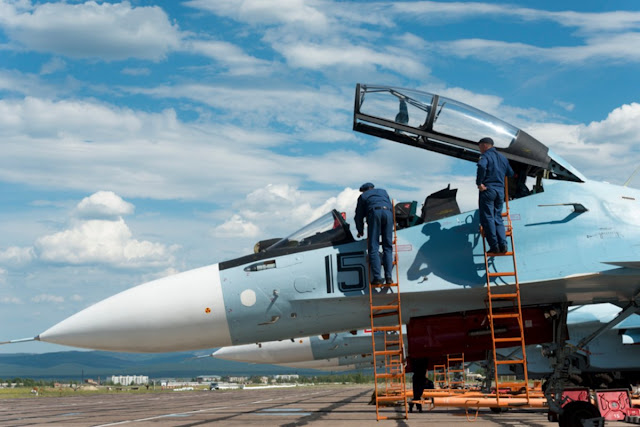 
Shortly before the change of power in Armenia, the Ministry of Defense postponed the issue of purchasing Russian multifunctional Su-30SM fighters until 2024. The contract, implying the delivery of at least one squadron to the Armenian Air Force was signed in 2012, but never came into force because of financial difficulties of the customer, Russia's Kommersant newspaper writes.

According to the newspaper, Russia plans to sign an agreement with the new leadership. Armenian PM Nikol Pashinyan has been photographed sitting in Su-30SM cockpit and called it “one of the best in the world”.

As told by several top managers of Russia’s aviation industry, the Armenian side showed interest in acquiring fighters back in 2010 because of the necessity to modernize air forces. In 2012 the sides signed a contract, according to which Armenia had to receive at least 12 fighters in several years, however, the treaty never came into effect.

Moreover, in addition to warplanes, Armenia needed to purchase other weapons. For example, Yerevan became the first export recipient of the division of Iskander, the newest tactical missile system, and it also acquired weapons worth $300 million at the expense of Russian loans.

According to newspaper’s sources, there have been no active contacts on the matter of arms exports between the sides after the transition of power in Armenia.