The £6 billion Royal Navy fleet that hardly ever went to sea: Warships that can't sail in the heat spent 80 per cent of the year in dock 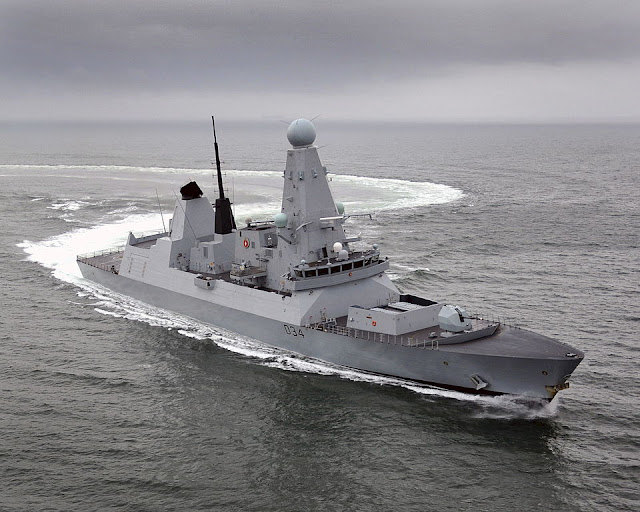 
By LARISA BROWN FOR THE DAILY MAIL

Britain's six Type 45 destroyers, described as the backbone of the Royal Navy, spent 80 per cent of last year in dock.

The ships, costing £1billion each, need a multi-million pound refit after repeatedly breaking down in the Persian Gulf. But the work is not due to start until 2020.

Two of the cutting-edge warships, HMS Dauntless and HMS Defender, did not go to sea at all during 2017 – which had been hailed by officials and ministers as 'the year of the Navy'.

All six warships, which entered service from 2008, were made with an engine system which cuts out in warm seas, leaving sailors stranded for hours in total darkness. ........Continue reading: HERE 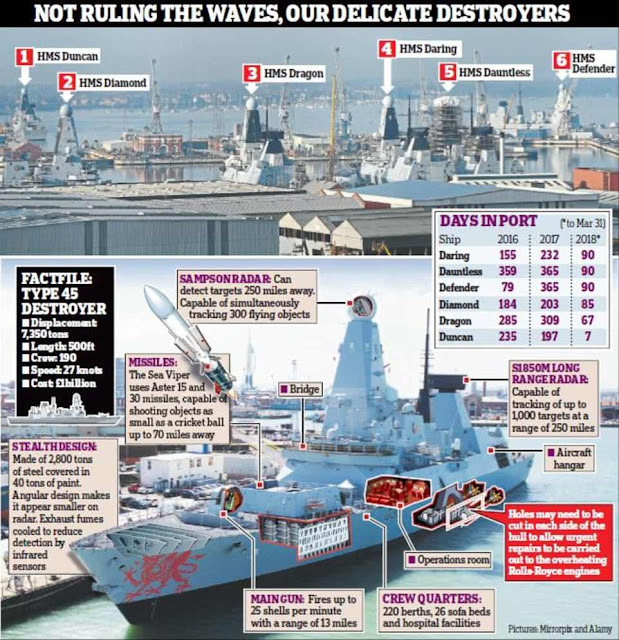 Britain's six Type 45 destroyers, described as the backbone of the Royal Navy, spent 80 per cent of last year in dock