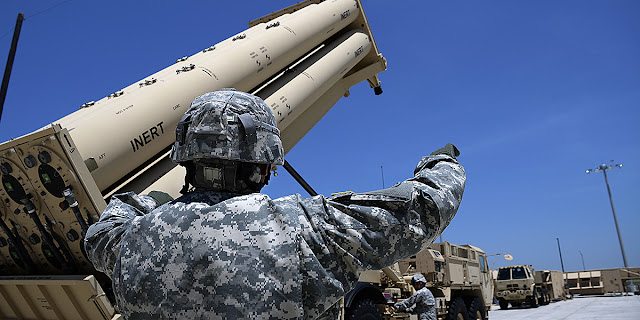 NEW DELHI: The United States may try to persuade India to consider its ballistic missile defence options in an attempt to keep it from pressing ahead with the S-400 deal with Russia.

ET has learnt that the US could make ballistic missile defence an agenda point in the upcoming Indo-US 2+2 dialogue on July 6 for which external affairs minister Sushma Swaraj and defence minister Nirmala Sitharaman will be in Washington.

The likely option on the table would be the Terminal High Altitude Area Defense (THAAD) system. It is a sophisticated missile defence system which is believed to be particularly effective against long-range missiles.

The S-400 missile defence system is, however, said to be effective against a larger array of aerial attacks, particularly fighter aircraft such as the F-18s and F-35s. The latest version of the Russian made S-400 has a longer range but the jury is out on whether it’s more effective than the THAAD against intermediate range and intercontinental ballistic missile systems.

ET has gathered that India’s proposed S-400 purchase from Russia has prompted a reassessment within Trump administration on whether India would have gone ahead with the nearly Rs 39,000-crore deal with Russia had the US moved faster with the THAAD offer.......Continue reading: HERE

The THAAD other than being more expensive is no match for the S-400 in overall capability.


Related articles:
US to India: Buy American, Not Russian