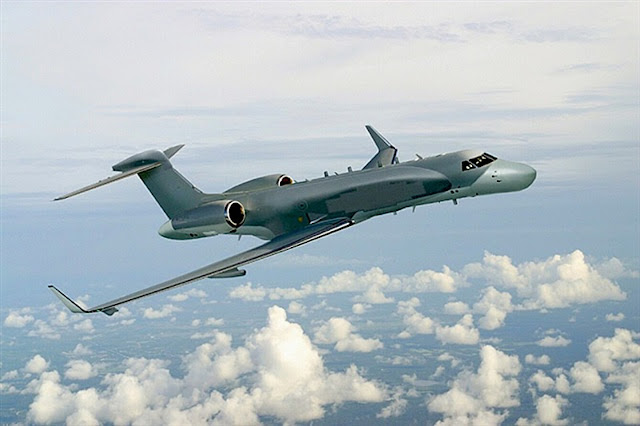 The US Department of Defense (DoD) has contracted two ‘green’ Gulfstream G550 business-jet aircraft to be converted into special mission platforms for a Foreign Military Sales (FMS) customer, most likely Australia.

A USD83 million contract was awarded to L-3 Communications on 21 June to procure the two aircraft. The award, which was granted by the 645th Aeronautical Systems Group (ASG) at Wright-Patterson Air Force Base in Ohio, is set to run through to August 2021. The 645th ASG, commonly known as ‘Big Safari’, is responsible for the rapid procurement and fielding of new weapons systems, sensors, and platforms for domestic and international operators.

In June 2017 the DoD approved the sale to Australia of up to five G550 aircraft fitted with intelligence, surveillance, and reconnaissance (ISR), and electronic warfare (EW) mission systems, with integration work to be carried out by L-3 in Greenville, Texas. A contract for the procurement of the first two ‘green’ aircraft for conversion was awarded in January 2016, with this latest awarded being for a second two. The total value of the procurement if all the options are exercised is USD1.3 billion.