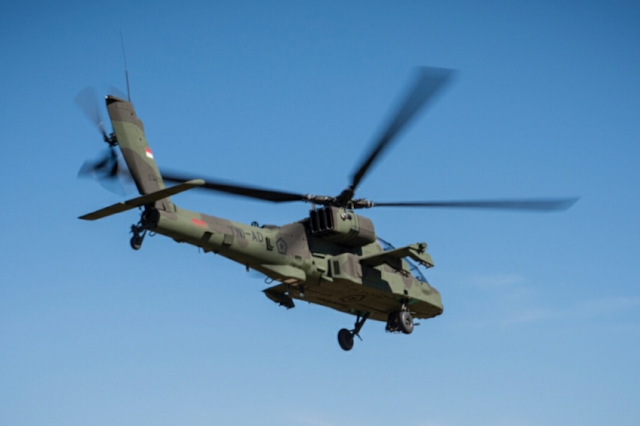 Boeing has outlined the scope of its industrial collaboration engagement with Indonesia as part of its Foreign Military Sale (FMS) contract to supply the Southeast Asian country with eight AH-64E Apache Guardian attack helicopters.

A spokesperson for Boeing told Jane’s on 5 June that the US corporation is collaborating with the Apache operator, the Indonesian Army (Tentara Nasional Indonesia-Angkatan Darat: TNI-AD), but that partnerships with local industry are still the subject of discussions.

The spokesperson added that the principal focus of collaboration is through a related contract with the TNI-AD that enables its engineers and technicians to support the helicopters, with assistance provided by Boeing.

“Boeing is currently supporting the TNI-AD with a Post-Production Support Services contract, which allows the TNI-AD to maintain their AH-64E Apache aircraft with technical reach-back support, spares, and repairs provided by Boeing. The helicopter purchase included training for TNI-AD maintenance personnel provided by the US Army and Boeing,” said the spokesperson.

Officials from Indonesia’s aerospace firm, PT Dirgantara (PTDI), have recently told Jane’s that the company was looking to play a role in supporting the Apaches in operation with the TNI-AD by providing spare parts and maintenance, repair and overhaul (MRO) services.

However, the Boeing spokesperson said its engagement with Indonesian industry on the provision of Apache MRO services was still under negotiation. “Boeing is in regular discussions on ways to work together with Indonesian industry to enhance local capabilities, introduce new technologies, create aerospace jobs, and meet Indonesia’s industrial growth objectives,” the spokesperson said.

The spokesperson added that any Boeing requirement to transfer technologies to Indonesia as part of the deal would be determined by the US government.