Russia has deployed two long-range missile corvettes to the Mediterranean 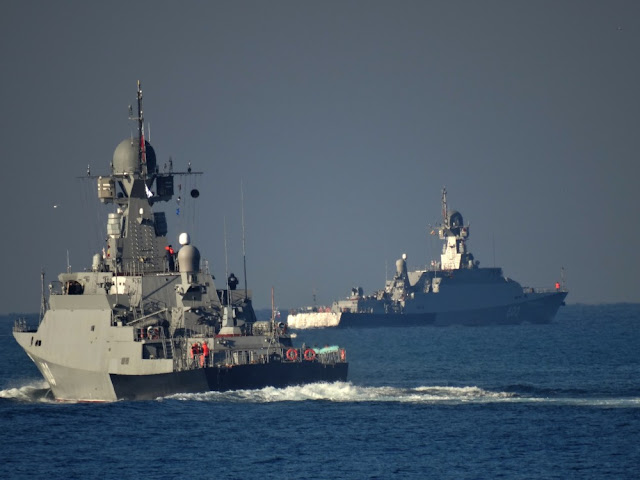 Russia’s Caspian Flotilla has deployed two long-range missile corvettes to the Mediterranean, its Ministry of Defence (MoD) confirmed on 17 June.

The Buyan-M (Project 21631) corvettes Veliki Ustyug and Grad Sviyazhsk were photographed by ship-watchers in Istanbul passing through the Bosphorous towards the Mediterranean on 16 June.

The MoD statement released two days later said the ships had reached the Mediterranean, where they will be part of Russia’s permanent naval presence.

Both ships have served with the Caspian Flotilla since they were commissioned in 2014 and went into action for the first time in October 2015, when they launched Kalibr cruise missiles at targets in Syria.

There were reports in early June that the ships were using the Volga-Don Canal to get to the Black Sea.

Open source tracking of Russian warship movements through the Bosphorous and Strait of Gibraltar indicates that the only major surface combatants the Russian Navy currently has in the Mediterranean is the Admiral Grigorovich-class frigate Admiral Essen from the Black Sea Fleet and the Neustrashimy-class frigate Yaroslav Mudry , from the Baltic Fleet.