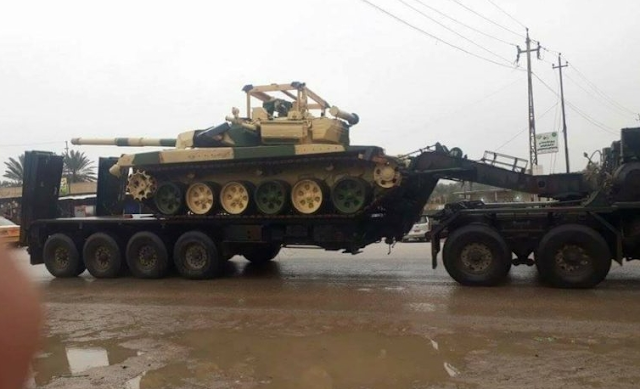 The Iraqi Defense Ministry said that one of its tanks brigades will begin using Russian T-90S/SK tanks.

In a statement, the ministry said it has so far received 39 Russian T-90S tanks and that they would be divided between two battalions within the brigade, according to Iraqi News.

The personnel, according to the statement, “had been trained on operating the tanks under the supervision of Russian experts.”

The Iraqi and Russian governments signed an agreement to purchase the tanks in 2017.

Uralvagonzavod, the manufacturer of T-90 tank series, said Iraq would eventually receive 73 tanks, in accordance with the contract.

The T90S is a “third-generation” main battle tank specifically intended for export.

Russia had previously pledged to maintain military assistance to Iraq in its war against Islamic State (ISIS). In 2016, it opened a military command center in Baghdad and provided Iraq with tons of anti-chemical weapons kits in 2015.

However, Moscow has not participated directly in the US-led military alliance backing Iraqi forces against ISIS within the borders of Iraq.

Some Russian source stated that it is the 2nd lot of 39 tanks, however it seems more likely to be complete shipment of first 39 tanks.