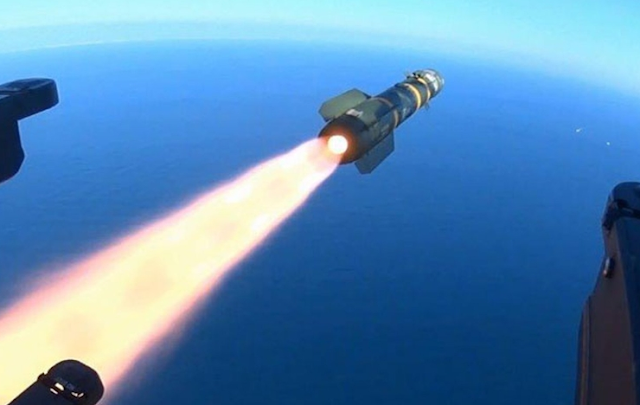 Milestone C officially establishes LRIP, which in turn is intended to demonstrate Lockheed Martin’s capacity to ramp up production in support of an expected full rate production (FRP) contract in 2019.

Lockheed Martin’s JAGM solution features a new-design dual-mode (fire-and-forget Millimeter Wave [MMW] radar/Semi-Active Laser [SAL]) guidance section integrated on to the AGM-114R Hellfire II missile bus (including the control actuation system, multi-purpose warhead (shaped-charge packaged within a fragmenting case), and solid rocket motor). The resultant munition is 175.3 cm (69 inches) in length, 17.8 cm in diameter, and weighs 51.5 kg (113.5 lb). With a stated range of between 0.5 km and 8+ km, JAGM is intended for day/night use against high value stationary, moving, and re-locatable land and maritime targets in adverse weather; battlefield obscured conditions; and against a variety of countermeasures.

JAGM is fired from Lockheed Martin/Marvin M299 and M310 missile launchers and will be backwards compatible with all US Joint rotary-wing and fixed-wing (manned and unmanned) platforms that fire the Hellfire II missile.

Managed by the JAMS Project Office – a component of the US Army’s Program Executive Office (PEO) Missiles and Space – the JAGM programme is a follow-on from the AGM-169 Joint Common Missile (JCM) initiative, which was terminated in 2007, and is intended to deliver the next generation air-launched fire-and-forget air-to-surface missile.